38-year-old architect Mary Fisher said: “This is a ridiculous piece of celebrity endorsement that frankly tarnishes the Waitrose brand.

“Whatever next? Jordan? We are intelligent people, not bovine ITV2 fans.”

However Fisher was later overheard phoning all her friends to say that she had baked some cakes ‘just like Pippa’s’ which were ‘fit for royalty’. 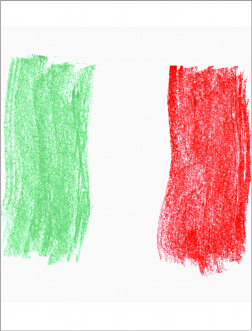 ITALY faces a stalemate over forming what it reckons is a ‘government’.

After the general election finished almost neck and neck, experts said the country could face weeks of delay before someone ‘takes charge’.

The stalemate caused stock markets and the Euro to fall as if a change in the government of Italy has ever made the slightest difference to anything.

Julian Cook, chief economist at Donnelly-McPartlin, said: “The market moves if someone takes too long on the bog.

“The only substantive economic issue is whether the new prime minister has a Tuscan villa filled with naked women on swings.”

Martin Bishop, a eurobond trader at Madeley-Finnegan, added: “The idea of Italy having a ‘government’ is like giving a screwdriver to the colour blue.

“We should leave them alone to not get on with it in any way whatsoever. As they say in Italy, ‘if ain’t broke, bribe someone to break it’.”

Meanwhile, right wing leader Silvio Berlusconi is attempting organise a coalition at his house at 11pm on Saturday and everyone has to bring a blindfold and go home with someone else’s wife.