We will abolish the monarchy if we hear one kind word about immigrants, says Sun

THE SUN has confirmed that if the Queen dares breathe one compassionate word about immigrants she is fucking gone.

The newspaper’s demand that Gary Lineker be sacked for his ostentatious display of sympathy toward child immigrants is intended to terrify the Palace into submission.

Sun editor Stephen Malley said: “Nobody is more patriotic than us. Not England footballers, not war heroes, not elected politicians. Nobody.

“If we can turn on one big-eared national treasure bastard for the crime of calling hateful tweets about immigrants racist, then the heir to the throne better know he’s not safe. Half-Greek twat.

“We own this country, Liz. Remember 1997, when we didn’t think you were grieving enough? We can have an angry mob at your gates first thing tomorrow, guillotine all set up.”

Seagull stands on top of bin and proclaims himself king 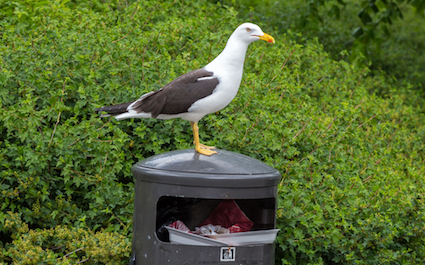 A SEAGULL has landed at the summit of a litter bin and proclaimed himself the ruler of all he surveys.

Gull Tom Logan says the bin, filled with discarded cans, crisp packets and sandwich crusts, is his throne and that he is now its undisputed emperor-for-life.

He squawked: “I hold dominion over the bin. All of its contents are mine, and anyone who dares approach my kingdom risks my mighty wrath.

“All hail me. All hail the seagull king!”

A passer-by disposing of a coffee cup then dethroned Logan by approaching the bin, following which he settled on a lamppost.

Logan continued: “I am exiled now. But keep faith in me and I promise your king shall return!”