Wealthy foreigner offer £500,000 to be insulted by Prince Philip

OVERSEAS tycoons are prepared to pay up to half a million pounds to be racially mocked by the Duke of Edinburgh, it has emerged.

To be on the receiving end of a Prince Philip “gaffe” is considered a major prize among the international elite, who are queuing up to suffer Philip’s incontinent xenophobia in person.

Lord Norman Steele, who heads a private liaising organisation between the Palace and wealthy patrons, said: “The more grossly unfortunate the better.

“Anything to do with slitty eyes or Bongo Bongo Land is particularly popular, and African tech billionaires love any reference to hunting zebra with spears.

“For today’s international millionaires it’s a real honour to be on the end of some real old-fashioned patronising colonial racism, just like their grandfathers.

“A prominent oil sheikh paid three-quarters of a million for Philip to ask him why he still put a towel on his head when they have electric driers nowadays. His son wants the same for his 18th birthday, instead of Britney Spears.

“With just a few poorly chosen racist words, Philip is raising millions for charity. He’s such a dedicated public servant.”

Survive five years in this twat factory and you're in for life, EU citizens told 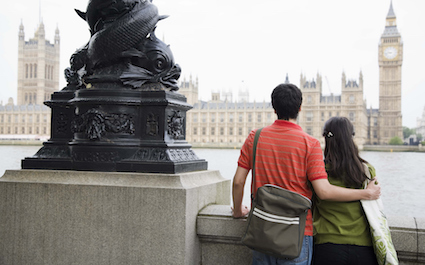 EU CITIZENS have been told if they can manage five consecutive years in the twat factory that is Britain, they can stay for life.

The generous offer means that after just half-a-decade of residence EU nationals would be fully entitled to work, pensions, NHS care and housing, none of which will at that point exist.

Marcus Büchner, a German living in Birmingham, said: “It is the same basic principle as the Hunger Games.

“Survive Britain, kill all those who are trying to kill you, abandon your civilised values and be granted a reward that could not ever be worth the price you paid.

“What terrible things will have happened to me after five years? Will I enjoy bitter? Will I support Aston Villa? Will I understand what the fuck the point of Coronation Street is?

“Congratulations, Britain. You have called our bluff. Five years here would be an eternity. We will all go back to our countries that are nice.”