William Hague hoping to get blame for Jolie divorce

WILLIAM Hague is keen to be implicated in the break-up of Angelina Jolie’s marriage.

The former foreign secretary, who worked with the actress on UN business, has been dropping unsubtle hints that one of the world’s most desired women may have lain awake at night thinking about him.

He said: “Nothing ever happened but she is, after all, just a woman and when they see the Haguemaker laying shit down in a high stakes meeting about water purification tablets, their pupils dilate and they start touching their hair.

“I once lent her a copy of my biography of William Pitt the Younger, which she apparently found to be quite the page-turner.

“It did get a bit awkward when I asked for it back though, as she had assumed it was a gift. I had to explain that it was my personal copy and that I’d made some pencil notes in the back about typographical errors.

“I think that impressed her.”

Hague’s wife Ffion said: “I’ve been humoring him about this but let’s be honest, he is a bit of a homunculus.”

Man unaware he was an alcoholic until doing a questionnaire 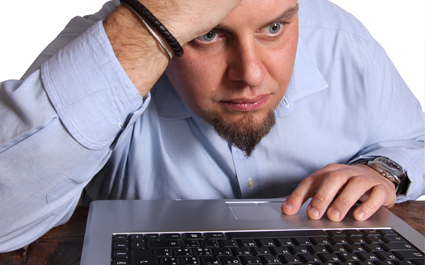 A MAN has found out in the nick of time that he is chronically addicted to alcohol after doing a questionnaire on a website.

Supermarket worker Norman Steele came across a Mail Online quiz while sitting in his bedsit enjoying his daily tipple of cheap vodka and extra-strength cider.

He said: “One question was, ‘Do you need a drink in the morning just to get through the day?’ I’d previously assumed everyone has a couple of quadruple vodkas at 8am.

“Then it asked if you’d ever injured yourself as a result of drinking. I’m in A&E at least once a fortnight so I started to worry that might not be normal.

“The clincher was when it asked if your life had suffered due to booze. I lost my job as an airline pilot, my wife left me and I’m banned from driving, but I thought that was all just bad luck.

“I’ve realised I need help and I’ve got the questionnaire to thank for that. Otherwise I’d still be drinking three bottles of Tesco vodka a day thinking I was within the recommended limits.

“Anyone who’s concerned about their drinking should do a quiz on the internet. It’s the only way to find out if you’re enjoying alcohol responsibly or about to turn yellow and die.”