WANT to spend an evening of Hollywood glamour with a middle-aged bloke smashed on red wine punching kitchen cabinets? Enter our competition!

Yes, you could share the thrilling lifestyle of a 58-year-old who still takes MDMA, drinks far too much and blacks out while eating ice-cream out of the carton.

The star of movies like Edward Scissorhands and Pirates of the Caribbean, both of which came out some years ago, invites you to hang out with him in his penthouse apartment while he has a screaming argument with his ex-wife.

You’ll feel deeply uncomfortable by an infinity pool with a view over Los Angeles as the actor continues a long, expletive-laden disagreement with his former partner over the phone as if you’re not even there!

And even when Johnny is off the phone he’ll entertain you by reading truly horrible texts from Paul Bettany revealing the two share a violent fantasy life that you simply want no part of.

By the time he’s lit a massive spliff, fallen over a chair, kicked it into the pool, called you by the wrong name and asked if it was you who shit in the bed, you’ll be begging for a limo home!

Yes, win an evening with Johnny Depp and an experience you’ll never forget! Competition not open to anyone under 18 due to the adult nature of the prize. Winning entry to be picked by a pissed-up old bloke wearing blue shades.

Tories strangely less popular when media not fellating them 24/7 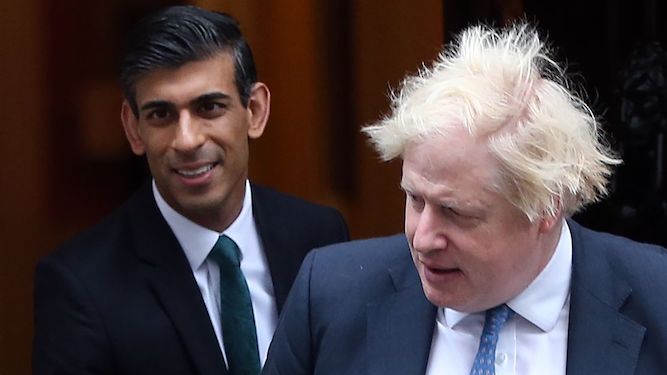 BORIS Johnson and Rishi Sunak’s plunging popularity could be the result of the media not endlessly sucking their dicks, experts have agreed.

Political and media analysts were surprised to find both politicians coming at the bottom of a poll of party members, below established bastards, suit-haunting nonentities and certified halfwits like Liz Truss.

Nathan Muir of YouGov said: “The BBC’s non-stop cheerleading for Sunak, portraying him on one occasion as Superman, has waned. But I fail to see how that could quell the public’s adoration.

“Also the press have criticised his budget and published largely accurate details of his out-of-touch, insanely privileged billionaire lifestyle. That still doesn’t explain the poll. They must have totted up the numbers wrong.”

Media analyst Emma Bradford said: “The sheer bias in reporting Johnson’s sneaky, shambolic behaviour over the unending car crash of Partygate, plus his incompetence and sickening arrogance, is telling.

“A Tory leader shouldn’t have to put up with blatant character assassination like this. It’s not like saying Starmer’s a paedo-defending lockdown-beer-swilling monster whose deputy flashes her fadge. That’s the rough-and-tumble of politics.”

Voter Nikki Hollis said: “I keep getting this weird, irrational feeling that I don’t want to vote Tory anymore. Where’s Laura Kuenssberg when you need her?”