Working out how to pay his mum back: How Andrew will spend the jubilee celebrations

PEOPLE who have just settled a sexual assault case are not welcome at jubilee celebrations. This is how Prince Andrew will mark the occasion:

Working out how to pay his mum back

The Queen bankrolled Prince Andrew to the tune of millions of pounds, but this was a loan, not a gift. As she waves to an adoring crowd from Buckingham Palace’s balcony, he’ll be watching the celebrations on telly while frantically selling off his dwindling assets in an effort to balance the books.

He knows this is going to be a field day for the press so he doesn’t want to make it any worse. Woking is of course off limits, but to play it safe Prince Andrew will maintain a generous distance from Pizza Express branches across the country. Instead he will order their pollo pancetta via Uber Eats under the pseudonym P Andrew.

There won’t be anything worth watching on the main channels, so Prince Andrew will kill some time by watching Dave instead. Repeats of vintage episodes of Have I Got News For You will be a welcome distraction from the contemporary hell he’s living in, and will hopefully have a slot mocking Charles’ organic biscuit empire. He’s meant to be the idiot of the family, after all.

Staying home and counting his blessings

The four day bank holiday weekend when most of the celebrations will be held is at the beginning of June, so hopefully the weather will be nice and warm. Andrew will spend the day doing a little light exercise to work up a sweat, as he’s now free to stop claiming he isn’t able to.

Builder pissing himself laughing writing up your quote 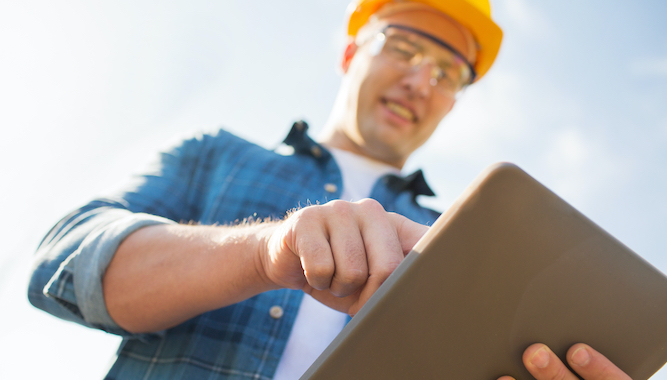 A BUILDER is doubled up with laughter as he writes out an extortionate quote for a simple domestic job.

Jordan Gardner found himself profoundly amused as he considered how much of a piss-take he could get away with charging to replace some guttering and repoint a couple of bricks.

Gardner said: “I couldn’t even be arsed to take the ladders off the van when I went to price up, I just spouted some irrelevant bollocks about soffits and fascias and other words they didn’t understand and buggered off.

“The bloke could probably get away with just fitting a few new brackets, but where’s the money in that? Nope, I’ll be stripping the lot off and charging £800 quid to replace it.

“It would have been a simple job to do it himself but I’m happy to take his cash if he can’t be arsed to look it up on YouTube. It’ll only take about half an hour, so pound for pound, I’m on more than most professional footballers.

“I’ll book them in for a week on Thursday, then won’t turn up for another fortnight. No point looking too keen and they’re more desperate to pay if it looks like you might suddenly f**k off for no reason. Honestly, best job in the world.”