THE Duke of York has confirmed that York is just a Northern shithole and they can stick their freedom up their collective arse.

Following a vote by councillors to strip him of his Freedom of the City award, given to him in 1987, Prince Andrew replied that York was ‘total shite’ and having the freedom of it was a curse.

He continued: “It’s in Yorkshire, a county of twats, but it thinks it’s good because it’s got a few stone buildings and a minster. As far as I’m concerned it’s a shit Northern Bath.

“I never go there. I don’t even fly over it in a helicopter. I tell my pilot to detour around by the Forest of Bowland so I’m not plunged into its foul miasma of cretinous pride and dismal failure.

“There’s bugger all there. A railway museum, some Roman bullshit, a crappy Viking theme ride that stinks of shit and The Shambles, a medieval street full of tourist shops. We should have burned it down when they lost the War of the Roses.

“Did I claim I was in Pizza Express in York? No, because I’d rather be outed as a nonce than bear the stigma of having visited York. I only took the Dukedom as a favour to my mum.

“In conclusion, f**k York. It’s not even got any golf courses. Have that as your f**king slogan, you self-righteous pricks.”

How to survive a nuclear war according to made-up films 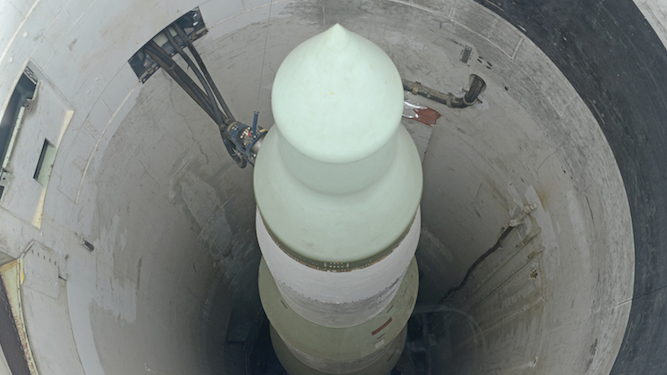 BRITONS are well-prepared to survive a nuclear strike by Russia thanks to watching a vast number of dubious post-apocalyptic films. Here’s what we’ve learned.

Planet of the Apes

The biggest threat in the event of nuclear war is monkeys. Prepare to be battering monkeys to death night and day if you don’t want to be enslaved. Alternatively, stock up on bananas and buy your freedom that way. Helena Bonham Carter the chimp seemed quite friendly, and there won’t be many human females left. Just something worth bearing in mind.

Full of excellent practical advice. Getting a gun is a no-brainer, and steal a shopping trolley now to avoid the post-apocalyptic rush. Eating humans is pretty gross (the makers left out the bit with the baby for some reason) but it shouldn’t be a problem with a decent collection of Schwartz herbs and spices.

It’s not really mentioned, but there’s been a nuclear war in the Mad Max universe. The main lesson here is that you’ll need a good car. Upgrade your existing vehicle with a nitro-booster, armour plating, extra fuel tanks and a big bendy pole on top for boarding trucks. It’ll look silly if you drive an old Fiat Panda, but frankly it won’t be much worse than modifications by the average boy racer.

Indiana Jones and the Kingdom of the Crystal Skull

When you see a blinding flash, get in the fridge immediately. Hey presto – you’re completely safe in a snack-rich environment. However some people have claimed this scene isn’t realistic. And we suppose the Ark of the Covenant doesn’t really make beams of fire come out of your eyeballs and shoot ghost skeletons at your enemies? Learn some history, idiots.

So-called ‘realistic’ nuclear war dramas like Threads irresponsibly fail to mention the risks of people turning into giant, malevolent, mutated blobs with telekinetic powers. Not an awful lot you can do here except run off and hope the universe doesn’t get sucked inside out, or whatever the f**k was going on.

Yes, there’s nuclear armageddon followed by cyborgs hunting down the survivors. But someone always comes back from the future and stops it happening. So don’t worry about nuclear war with Russia, chill out and wait for your future friend to arrive. Good news for the ladies – he might be like Kyle Reese, who’s the perfect boyfriend: good-looking, macho without being a wanker about it, good at DIY and definitely into having kids.