THE announcement of a rival royal baby means that full-scale civil war is now inevitable.

The offspring of Zara Philips and her husband – who are collectively known as the ‘House of Tindall’ – will be born in a remote tower, guarded by Princess Anne’s loyal private army.

Historian Emma Bradford said: “This is clearly being orchestrated by Princess Anne, who has been ill-disposed to the Queen ever since Anne got a massive bollocking for letting her bull terrier mount a corgi.

“Manipulative Anne has constructed the Tindall baby’s claim to the throne based on some princess in Normandy 300 years ago whose child was a changeling.

“Clearly all that type of stuff is fantasy-book bullshit anyway so the details are irrelevant, but you get the idea.

“The start of civil war is pencilled in for spring 2014 with a bloody clash on Clapham Common.

“Zara’s equestrian army will be on horseback armed with pikes, while the Windsors will have mostly pensioners and Hello! magazine readers with lame plastic swords.

27-year-old Stephen Malley said: “I’m siding with the rival baby. Zaras kids will definitely have a real play to win mentality, whereas Kates baby will almost certainly be a bit wet and into farmers markets.

“Will this be a proper medieval-style war? I hope so, because I’ve always wanted to clobber my workmates with a double-headed axe.”

Rumours of impending war were further fuelled last night by the appearance of official spears, axes and other merchandise on the Party Pieces website.

Aspirational Facebook photos must be posted with equally unhappy image 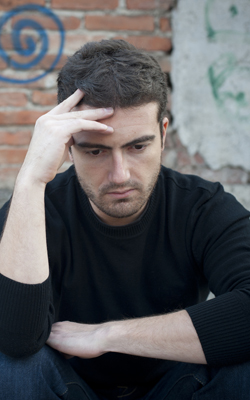 EVERY aspirational Facebook photo must be posted with an equally miserable picture, under new social media guidelines.

A Facebook spokesman: “It’s quite simple – to post an ‘upbeat’, showing-off type image you need to simultaneously upload a picture of yourself in a state of loneliness or despair.

“For example, if you want people to see you at a festival in the ‘VIP area’ with models, you would need to also add an unhappy photo, for example you lying on a pub toilet floor crying with your trousers half-down.

“Or queuing to buy some thrush cream from Boots, or being mocked in a work meeting for saying something really idiotic. That sort of thing.

“Also pictures of food should be accompanied by pictures of the resulting bowel movement.”

Facebook user Nikki Hollis said: “I’ve just been on holiday somewhere nice and I really want to show off about it. But the Facebook moderators are saying I’ve got to also add a picture of me putting my hand in dog shit.

“Is the ego boost worth the public humiliation? Am I that desperate for attention?