ANTARCTICA is bracing itself for weather conditions usually reserved for Lancashire.

Weather alerts have been issued for Antarctica with meteorologists warning that a Northern English front is on its way.

The last Northern winter to hit the continent left a trail of devastation and runny noses and the resident population is worried temperatures could plunge as low as Bolton on a Wednesday night.

Research scientist Bill McKay said: “We’ve already had some of that drizzle that doesn’t exactly necessitate an umbrella but still drenches you within an hour.

“Within the next week we’re expecting it to get really chilly and to need frequent cups of tea.

“The penguins are already starting to look morose.”

Salmond to seek independence for England 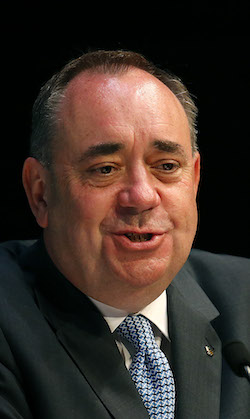 ALEX Salmond is to stand for Westminster to fight for English independence from Scotland.

“Shortbread is neither a biscuit nor a cake”

The former SNP leader will contest the seat of Gordon on a radical English separatist programme, pledging to cut all ties with the Scots and construct a new political system in which Scotland is not included.

“The time has come to break free of their tyranny, reassert our national borders, and reclaim the word ‘sassenach.

On behalf of all English citizens, I promise to relieve you of oppressive foreign burdens, like Trainspotting posters and North Sea oil.

“And you can keep Trident, and Prince Philip, and your eye-watering levels of national debt. I mean, we can keep all those things.

“We English people. From England.”

Central to his plans are the repatriation to Edinburgh of any footballers with red hair, a 400-metre wall along the border and a campaign for Roger Moore to replace Sean Connery as the nations favourite James Bond.