Ben Nevis will wake up if Irn Bru is taxed

BEN Nevis will awake and wreak terrible vengeance on England if Irn Bru is taxed, geologists have confirmed.

The mountain, which has grown a metre since Wednesday’s budget, is expected to draw itself up to its full 6,000m height and stagger south to London if any further threats are made to Scotland’s lifeblood.

Geologist Roy Hobbs said: “Ben Nevis is not dead, only sleeping, and has promised to awaken if Scotland’s heritage is ever menaced.

“Oddly, that’s not happened with various massacres or the last three centuries of subjugation to English rule, but will trigger if there’s an 8p-per-can tax on Irn Bru.

“Current theories are that the mountain is sleeping off a tectonic hangover and wants to be sure there’s plenty of rusty orange restorative for when it wakes up, but nobody knows for sure.”

He added: “Just in case, I’d advise the Chancellor away from any tax on Tunnock’s Teacakes, Tennant’s Super obviously, shortbread or the Glaswegian ‘munchy box’.” 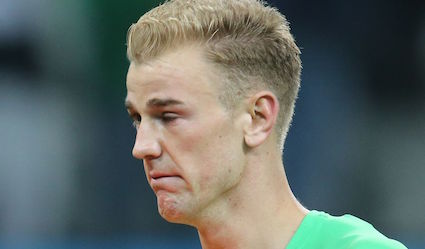 THE England shirt for Euro 2016 has been unveiled with a photo-shoot of the players crying.

Rather than having the squad look menacing, Nike presented Wayne Rooney weeping into Joe Hart’s chest as Josh Onomah wipes away a tear while sitting on a bench.

Shirt designer Tom Logan said: “We wanted fans to see the shirts in action, as they will be in France, so we told the players to imagine what will almost certainly happen.

“They all found it pretty easy to act out various scenarios. As well as losing  to Germany, we got great shots of John Stones rueing his decision to slide in for a rash challenge in extra-time and Raheem Sterling wondering why he didn’t convert a chance from six yards.”

Logan added: “We design each national kit with the team’s needs in mind. That’s why the England shirt will only withstand four games before disintegrating like wet tissue paper.”