Britain to probably have some electricity

THERE is a reasonable chance Britain will still have electricity in two year’s time, according to the government’s long-awaited energy bill.

The bill sets out the coalition’s bold scheme to think about where Britain is going to get some electricity, with the first thoughts expected to happen towards the end of next year.

And as long as the thinking proposals get the necessary planning permission, the first ‘Electricity Suggestion’ should appear by Autumn 2014.

Energy minister Ed Davey said: “Before I start thinking I will need to spend at least six months finding out what electricity is and what it’s used for. For instance, is it a liquid? And if it is, does it go off?

“And if I drink a pint of electricity will I still have to go to the toilet?”

Mr Davey reckons there could be at least 17,000 options for generating electricity such as knitting it, trapping it in a hole that has been covered with leaves and branches and using specially trained pigs to find it in forests.

It can then be ground down into a powder and delivered to people’s homes by the Royal Mail.  Mr Davey added: “You then simply mix it with water and pour it over your appliances until the light comes on.”

But household bills are likely to go up to fund the development of reusable sachets and sustainable electricity pigs.

Energy consultant Martin Bishop said: “Ed Davey is still not sure if he’s actually got his name the right way round.

Humans buying any shit with 'immune system' written on it 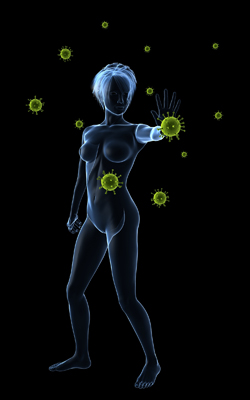 EVERYONE is freaking out about their immune system, it has emerged.

As the temperature plummets and virus host-organisms crowd onto public transport, people are buying anything that says ‘immune system’ on the packaging.

Office worker Nikki Hollis said: “I’ve got lots of pills and liquids. They have pictures on the boxes that mean science.

“This year’s products also include ‘immune system-boosting’ cigarettes. Apparently if I smoke five in the morning and ten in the evening after meals I won’t get a cold.

“My immune system is literally unstoppable, any viruses come near my body and it’s going to rip their throats out like Patrick Swayze in Roadhouse.”

Professor Henry Brubaker of the Institute for Studies said: “The human immune system doesn’t actually exist, it was invented in 1978 to sell cough sweets. It’s actually all pot luck.

“Because even if my immune system isn’t real, paranoia is.”