THE residents of a Bronze Age village were bitterly opposed to Iron Age migrants from Europe, archaeologists have found.

The settlement in Cambridgeshire, which had been buried for 3,000 years, was discovered when the tops of crude protest signs were spotted above layers of mud.

Archaeologist Helen Archer said: “The signs, which include ‘Any old iron? NO THANKS,’ and ‘IRON? IR NO,’ a primitive attempt at wordplay, show that the residents were up in arms about climate-based migration patterns.

“They believed there was nothing wrong with good old bronze, that immigrants would fail to understand their rich megalithic culture and that they should all be sent back where they came from, and further.

“Tragically, the whole village was burned down by a faulty bronze smelting furnace.”

Millions of unsold Creme Eggs about to hatch 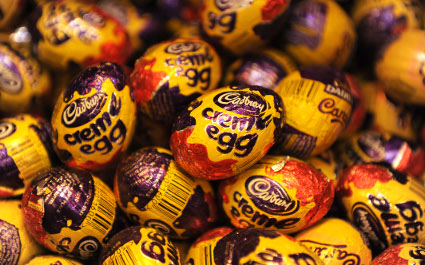 MILLIONS of unsold Creme Eggs are about to break open and release the hideous monsters inside, scientists have confirmed.

Creme Eggs, the ingredients of which are sourced from a gap in reality at Cadbury’s Bournville factory, were changed to a cheaper kind of chocolate last year in order to save 0.002p per unit.

As a result, 2015’s Creme Egg crop was left unharvested and has been allowed to grow to maturity for the first time since 1964.

Scientist Joseph Turner said: “The delicate life cycle of the Creme Egg has been interfered with causing its natural predator, the British public, to leave a batch to incubate in the back rooms of shops.

“Now we face catastrophe. The hatchlings have never been described – indeed, I believe they cannot be directly looked at – but they hunger.”

Newsagent Nathan Muir said: “I heard them breaking out, the empty chocolate shells left behind. I hear them scuttling in dark corners, and whispering.