BRITAIN’S butterflies are being hunted for their valuable antennae.

Their antennae are being processed into a powder called ‘Butter Bone’ which is claimed to prolong erections. Several species are now facing extinction.

Hunter Tom Logan was unrepentant: “The other thing about butterflies is they’re small, you can mount loads of them on shields over your door. One rhino head takes up an entire wall.”

He added: “Any butterflies planning to disguise themselves as moths better watch out because we carry torches and can spot you at 20 paces.” 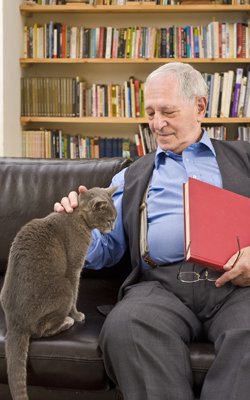 PEOPLE who buy the Telegraph are demanding to have the words ‘paywall’, ‘website’ and ‘internet’ explained to them.

They have just read an article in their morning newspaper about changes to the ‘Telegraph website’, whatever that’s supposed to be.

78-year-old retired naval officer Tom Logan said: “So this internet, is it like the wireless, but on a computer? My grandson’s into computers, and he’s got this stupid little beard that I don’t like at all.

“For God’s sake, why do things always have to change?

“It’s like with all these breakfast cereals they have these days, when you only really need Shredded Wheat.”

84-year-old former mid-ranking civil servant Roy Hobbs said: “Can I put up one of these so-called ‘paywalls’ to stop people turning in my driveway?

“Because I’ve put up three signs including one in a calligraphy font and they just ignore them.”

He added: “I understand there are pictures on this inter-thing. Are some of them of Carol Vorderman?