DAVID Cameron will today visit one of the big, grey clouds over Britain in a bid to ‘get a handle’ on rain.

A Downing Street spokesman said the prime minster would fly into the centre of a cloud while dangling from a helicopter.

The spokesman added: “It’s important that he sees for himself where rain comes from. We’ll have some experts dangling alongside him to explain what it is he’s looking at.

“The prime minister has cancelled the next two weeks so he can sit in the dark and think passionately about the nature of clouds.

“After that, everything should be fine.”

New Robocop not that much worse than the original 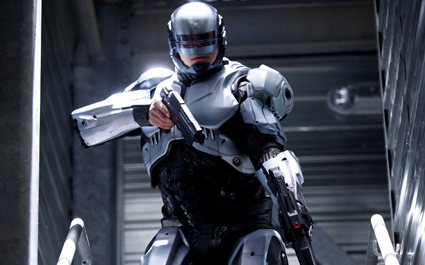 THE Robocop remake is not hugely inferior to the original film, according to pleasantly surprised cinemagoers.

37-year-old film fan Stephen Malley said: “They haven’t totally ruined it. This is quite a decent ‘reboot’, but of course without the freshness and vitality of the original.

“It far exceeded my expectations.”

His friend Roy Hobbs agreed: “I loved the original Robocop and this is like that but without the best bits.

“Still it’s not too bad. I’m content to have experienced a piece of serviceable entertainment because that’s as good as it gets these days.”