A CAT and a mouse are engaged in what can only be described as a lethal game of cat and mouse.

The small mammal and larger carnivore are in a tense pursuit situation where one wrong move could mean death.

Mouse Roy Hobbs said: “I’m a mouse, he’s a cat, so it’s very much that type of scenario.

“But not a ‘cat and mouse situation’ where a troubled cop pursues a twisted serial killer, like in a disappointing film with Russell Crowe or Gerard Butler.

“This is much more of an actual cat, actual mouse type thing.

“It’s the kind of situation where ideally you don’t want to be the mouse because the cat is very much holding all the cards. But hey, what can you do?”

Guardian family's kid gets discussion about anti-semitism for birthday 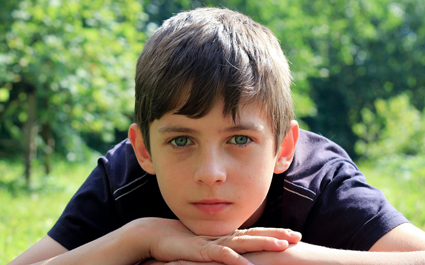 A COUPLE who read the Guardian have given their son a talk about anti-semitism for his birthday rather than a Playstation.

Tom and Annabelle Logan felt 11-year-old Oscar would prefer a better understanding of the important social issue to having exciting battles with dragons and aliens.

Lecturer Tom Logan said: “When Oscar opened his ‘big present’ and discovered it was a collection of learning resources about anti-semitism he was visibly moved.

“We got straight into the difference between anti-semitism and legitimate criticism of the state of Israel. He wouldn’t have learned that playing the latest Call of Duty game with amazing graphics.

“Now he’ll be able to discuss anti-semitism in a mature and non-offensive way, although at one point he did seem to think Jeremy Corbyn was Moses.”

Annabelle Logan added: “I know Oscar wanted a Playstation 4 and some games, but Grand Theft Auto V is a pretty feeble present compared to the gift of knowledge.

“He learned a lot about anti-semitism. Unfortunately he got really into the Six-Day War DVD and now he wants to join the Israeli air force when he grows up.”

Oscar Logan said: “It was a pretty rubbish birthday but not as bad as the one where I got a lecture about fourth-wave feminism.”