Cat's owners unaware of its reputation as mental bastard

THE owners of a ginger cat are entirely unaware that it is locally notorious an absolute mental bastard.

The Booker family believes its pet George to be a slightly intense but otherwise fairly standard cat who likes belly rubs and sleeping on the spare bed.

However other local humans and animals see George as a crazed, demented beast fuelled by a deep burning rage.

Neighbour Emma Bradford said: “I saw that cat in our garden fighting a fox and a crow simultaneously.

“The crow flew off and the cat jumped on its back, biting its beak and neck until they both crashed to the ground. Then the cat just ambled off like nothing had happened.

“If I see it on the fence I make the children come in. I wouldn’t be surprised if it tried to drag one of them up a tree.”

Local postman Wayne Hayes said: “One day I reached into my post-bag and felt a searing pain. Somehow that cat had got in there and bitten off the tip of my thumb. I swear it has supernatural powers.”

'This is discrimination against twats', says Toby Young 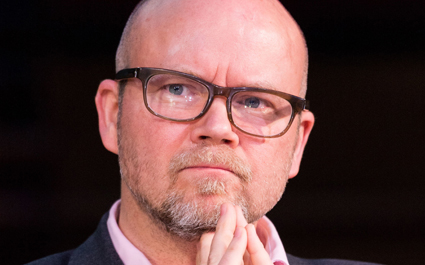 TOBY Young has condemned a campaign against him as being a form of prejudice against twats.

The columnist has resigned his post at a university regulator after widespread criticism, which he blames entirely on the undeniable fact that he is one of Britain’s leading twats.

He said: “We hear so much about tolerance from the Left. But where is that tolerance now?

“We’ve seen the first rumblings of this coming from – where else? – the BBC, who fired Jeremy Clarkson for nothing more than repeated, severe episodes of twattishness.

“And now I find myself hounded out of a job by nothing more than the copious evidence of my past twatty words and deeds, as if being a twat were in itself a crime.

“That board has been left without a twat, indeed without knob-ends, arseholes or wankers of any kind, and that is not representation. It is a form of racism.

“We are living in a system of twat apartheid and I am Nelson Mandala. And if you think that’s a twatty thing to say, you’re part of the problem.”