A COUPLE are showing off their self-build eco-home, which is powered exclusively by their smug expressions.

Nikki Hollis and Joseph Turner beat the rat race simply by spending a £100,000 gift from Hollis’ parents on a glorified shed instead of on a deposit on a house.

The eco-home somehow includes a bucket for a toilet and also two expensive MacBooks, and is powered entirely by the self-satisfied smiles fixed permanently to the front of its owners’ heads.

Hollis said: “People said we couldn’t turn our smugness into energy, but they didn’t know just how unbearably self-righteous we can be. Just ask me about our composting project and I’ll kick out enough to power a TV for three hours.”

For their next project, Hollis and Turner plan on spending a year on the road, in a van fuelled by talking about yourself. 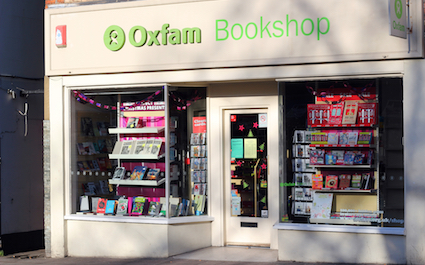 THE backlash against Oxfam has hit new heights after a woman resolved to give a box of second-hand crime novels to Cancer Research instead.

Susan Traherne took the box, containing books by such high-profile authors as Michael Connolly and Jo Nesbo, almost to the door of the Oxfam branch in Newcastle-under-Lyme before making her momentous decision.

She said: “I don’t know if it’s ethical to be giving these books to them if they’re going to end up with prostitutes in warzones. I’ve only read them once and I’ve hardly even cracked the spines.

“There was a PDSA on the street but some of the animal rights can be a bit extreme too, can’t they. But you know where you are with cancer.

“And I’m afraid until they’ve cleared all this up then Oxfam won’t be profiting on any meticulously described stories about sexually-depraved serial killers from me.”

Following her donation Traherne called in at Oxfam and bought a dress for £20, reasoning that it was morally justifiable because it was not just M&S but Autograph.