MODERN children are simply too fat to lift, according to eagles.

After footage of an eagle attempting to carry off a child went viral, the birds commented that they wished this were still possible.

Golden eagle Roy Hobbs said: “These days you simply can’t get human infants off the ground. Honestly, the average toddler weighs more than a sheep.

“What the hell are you feeding them? 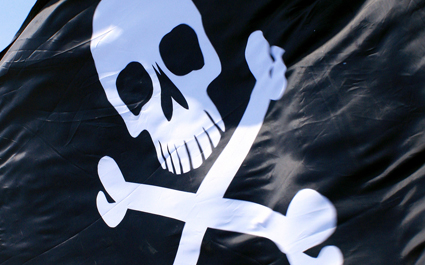 FURIOUS internet thieves wasted up to ten seconds yesterday after a link to banned website The Pirate Bay was removed.

Illegal downloader Nathan Muir said yesterday: “I was going to download The Dark Knight Rises, but as the Pirate Party link was down, I immediately gave up and reconsidered my attitude to copyright.

“Only joking.  I found another proxy within the time it took to exhale.”

Muir said he had no qualms about stealing the Batman sequel, ‘because it’s shit.’

A spokesman for the music industry body BPI said: “I can’t talk right now. We’ve got a hole in our roof, and every time we block one leak, ten more appear.”