DRIVERS of London’s new electric black cabs will spout intolerant, reactionary views about people who damage the environment, they have promised.

In trials of the new vehicles, cabbies found themselves involuntarily ranting about global warming and rising sea levels instead of their traditional themes of crime and immigration.

Cabbie Roy Hobbs said: “I can get just as angry about recycling as I can about foreigners and sex offenders. Hanging’s too good for scum who put jam jars in landfill.

“Don’t get me started on people who ignore bee population decline. If they don’t want insect biodiversity and think we can somehow survive without pollination then we should deport the lot of them.

“I had that Claudia Winkleman in the back earlier. I gave her a piece of my mind about switching to energy-saving lightbulbs and installing a green roof.”

Fellow cabbie Norman Steele said: “This used to be a nice area until people with large carbon footprints started moving in. They should adapt to our culture and get solar panels and a ground source heat pump, or fuck off.

“I’m not prejudiced, but I’d hit the bloody roof if my daughter brought home a boyfriend who hadn’t spent six tagging marmosets in Ecuador.”

May in worst relaunch since Opal Fruits became Starburst 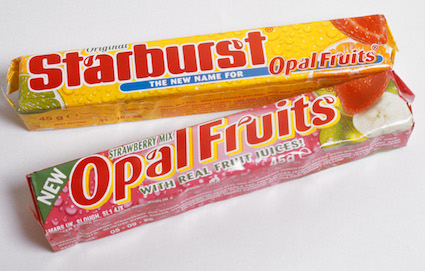 THERESA May’s attempted relaunch is the worst since the Opal Fruits-Starburst catastrophe of 1998, it has been confirmed.

After the prime minister made an ineffectual speech that was intended to ‘reboot’ her leadership, experts said that you can call it a Starburst all you want, but it is still an Opal Fruit.

Brand manager Emma Bradshaw said: “Theresa May needs to become an entirely different product, not just have an image change.

“You can rename Marathon as Snickers, but that doesn’t alter the fact that you’re still going to pull your fillings out chewing on a coagulated nightmare of peanuts and goo.

“It’s important to know when a product has failed and it’s time to just give up. Look at MySpace. Or French cars.

“The other move she attempted was to align herself with another brand in the hope of piggy-backing on their success, in this case Labour. But rather than an alignment that makes sense, she’s attempting something mental like Durex with Petit Filous.

“How is this still happening?”