THE Environment Agency is to step up its attack on Somerset with more than two million carnivorous fish.

Piranhas will be released into the flooded Somerset Levels, turning thousands of acres of once productive farmland into an insatiable frenzy of blood.

A spokesman said: “Let this be a warning to all who would dare accuse the Environment Agency of incompetence.

The move is part of the environmental watchdog’s multi-million pound bid to overtake the Arts Council as Britain’s deadliest quango.

Next month all the hedgerows in Essex will be replaced by 20 foot-tall Venus fly traps and in April Shropshire will be forced to choose between anthrax and napalm.

Everyone can tell your shirt is unironed 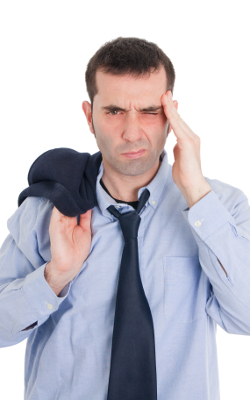 THE entire office can see that you’ve not ironed that shirt and is judging you because of it.

All your colleagues, including the canteen ladies, confirmed behind your back that the shirt looks absolutely nowhere near presentable.

Francesca Johnson, who has a 10am meeting with you, has already heard by email that you’re claiming that it got this creased in the car and have put your suit jacket back on.

She said: “Obviously he has some sort of problems at home and is on the verge of a massive mental incident.

“That’s sad but he’s clearly not focused on work. The best thing is to sack him.”

The office is also perfectly aware that your grey jumper is only worn when you can’t be bothered to iron, and knows the difference between a suit thats been dry-cleaned and one thats had a few quick squirts of Febreze.

Manager Mary Fisher said: It’s not as if Friday’s any better. Do I really have to send an email to ‘All Staff’ titled Casual doesnt mean food-stained?

“We’re working up a little trip to the managing director’s office this afternoon, and you know how he is about the importance of grooming.

“I probably won’t mention anything about the shirt myself, though. But if others do I won’t step in.”