THE biggest obstacles to saving the planet are the clothing and physical appearance of environmental protesters, research has found.

Professor Henry Brubaker, of the Institute for Studies, said: “For years we’ve wondered why the climate change message wasn’t getting through. We now realise the answer was ‘white people with dreadlocks’.

“The planet is facing destruction, but when the person telling you that is a heavy weed-smoker called ‘Loz’ who plays the bongos it’s very difficult to believe it.

“Honestly, put an environmentalist in a suit and you’ll have a roomful of Tories agreeing that we should ban private car ownership within a day. Do the same with pink hair and facial piercings and they want coal back.”

But eco-warrior Emma ‘Woodgod’ Bradford said: “If it’s the choice of the planet dying of overheating or me wearing a tailored suit from M&S?

“I can’t compromise who I am. These tie-dye trousers and knitted Peruvian hat are the world to me.”

Hunchback forced to move in with Phantom of the Opera 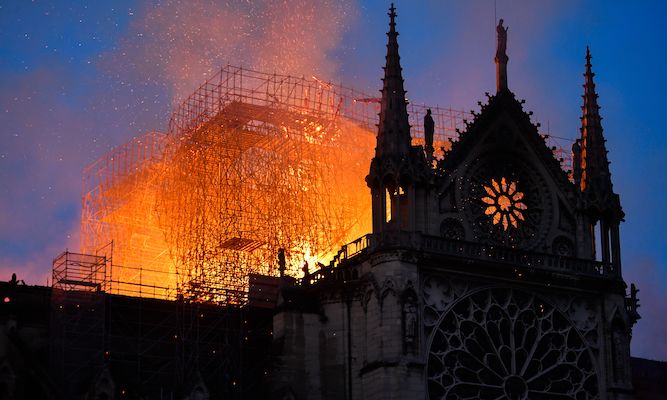 THE Hunchback of Notre Dame has been forced to move himself and his stuff in with the Phantom of the Opera for a few weeks.

Quasimodo, who swears blind that he does not smoke so the fire was nothing to do with him, arrived at the Opera last night and is already getting on the Phantom’s nerves.

The Phantom said: “I know why he came to me – we’re both semi-legendary, we’re both rafter-dwellers, he’d do the same for me and all that – but it’s not been a day and he’s getting on my wick big-time.

“I’m a style guy, you know? Operagoers just see a swish of cape and a glimpse of white mask and then I’m mysteriously gone. Not some big ugly face lumbering in the shadows.

“And he’s brought loads of his precious bells, and his pigeons, and bloody hell does he go on about Esmeralda all the time. I mean move on.

“I think the opera’s a bit sophisticated for him. I’ve not said anything but I’m looking into rural cathedrals. He’ll be happier there.”

Quasimodo said: “I can’t believe it. Notre Dame, gone. I hope it wasn’t that knock-off vape charger I got from the market.”