Escaped gorilla is a metaphor for me, say all Londoners

LONDONERS have told the gorilla which tried to escape from London Zoo that it is all of them, and it was doomed from the start.

Kumbuka, a Western lowland silverback, smashed through glass to escape his enclosure but instead found himself still hopelessly trapped, which millions of London residents have compared to their experience of switching from renting to buying.

Helen Archer of Walthamstow said: “God, the way he thought he was free but then found himself encircled by hostile forces is just like when I quit my City job but got headhunted back.

“And my boyfriend says the dull frustration in his eyes at being forced to share a space with others of his species he didn’t choose for the rest of his life is what he sees in the mirror every morning.

“They should really have let him get as far as the West End to munch a gourmet burger in front of an acclaimed new play while feeling absolutely dead inside.

“We are you, Kumbuka. Now shut up, get your head down, and spend hours tearfully browsing country cottages on Zoopla like the rest of us.”

Writing a novel a lot f**king harder than writing ‘Blowin’ in the Wind’, say novelists 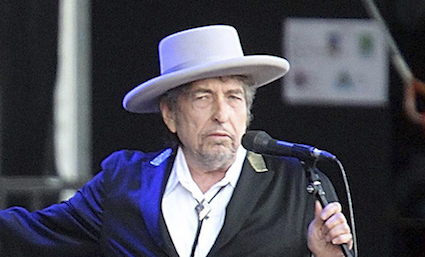 ANGRY novelists have stressed that writing a novel is really difficult and writing some folks songs is not.

As Bob Dylan was awarded the Nobel Prize for Literature, dozens of leading novelists said it takes ages to write a book, especially a really good one involving ‘magical realism’.

“Satanic Verses was not only incredibly challenging to write but has caused me a fair degree of difficulty.

“If only I’d bought myself a banjo.”

John Irving, author of The World According to Garp, added: “Presumably Mr Dylan will be sharing the prize with the other surviving members of the Traveling Wilburys?”