THE BBC gave penguins shots of whisky so they would act-up for the cameras, it has emerged.

An insider at BBC’s Natural History Unit said their suspicions were first aroused when, alongside the usual specialist camera equipment, the group’s baggage also included 60 bottles of Tesco own-brand Scotch.

The whistleblower said: “The thing that you have to remember about most wildlife is that it’s piss-boring. Penguins especially.

“They normally just stand there and make a weird noise most of the time. We have to give them a bit of encouragement otherwise all the Baftas would go to ITV.

“So all that endless ‘fighting over territory’ they do is just bollocks. What usually happens is after nine hours of fuck all, the cameraman gives them two fingers of whisky.

“You’ll be surprised how quickly they start ‘fighting over territory’ at that point.

“And that thing they do when they ‘regurgitate food for their young’ is not really regurgitation. It’s actually caused by the fact that penguins are not supposed to drink whisky.”

The source added: “I’ve got a friend at the Discovery Channel who says the dancing ones are all on fucked up on Mephedrone.” 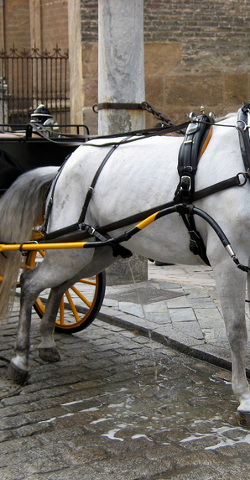 KEN Russell’s funeral will need major cuts, according to the British Board of Funeral Classification.

The barking auteur’s last will includes a storyboard based on of the works of the Marquis De Sade and calls for a cast of 300 nude extras.

Funeral censor Roy Hobbs said: “Apart from anything else I’m not sure the family are going to find a vicar who is willing to have their church decked out like an inquisition torture chamber.

“So the fact that Barry Humphries has agreed to star as a transvestite altar boy is neither here nor there.”

Hopes are high that Russell will get the controversial burial he created and Mark Kermode has already asked the BBC to commission a six-part series on the funeral.

Russell’s family say he died peacefully at home, shouting instructions to his doctor through a megaphone.

A spokesman said: “The funeral is already way over budget and we may need to look to foreign investors if we want to include the 250-foot exploding crucifix.”