GRETA Thunberg has been dismissed as a ‘pathetic waste of space’ by a middle-aged man who cannot load a dishwasher.

The teenage environmental campaign was described as an ‘utter fool’ by Martin Bishop, who also has no idea how to use a vacuum cleaner.

Bishop, who frequently skips work by pretending to be sick, also said the young climate activist should ‘go back to school’.

Having protested just once in his life – against the doughnut price increase in the company canteen – he stressed that ‘there are more important things in this life than trying to save the world’.

Bishop admitted he was ‘not sure’ whether there is such a thing as human-driven climate change, but insisted ‘our kids will figure it out one day’. 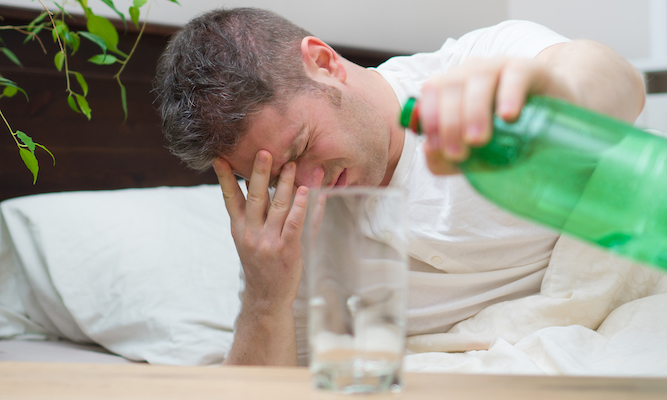 THE UK has woken up massively hungover with a vague dread that it did something really f*cking idiotic last night.

The country is gulping water in front of the bathroom mirror while trying not to remember what it was screaming in elation at midnight, because it fears it was something actually quite bad.

Nathan Muir of Worcester said: “Yeah. I got seriously f*cked up. But there’s this horrible feeling in the pit of my stomach that I don’t know the half of it yet.

“You know that kind of drunk where you’re somehow furiously active, and think you’ve got some kind of special clarity unavailable to the sober, and decide to make some big decisions? I think that’s the kind of drunk I was.

“Did I – did we – leave something? I seem to remember shouting ‘good bastard riddance’ when I was p*ssing and watching some fireworks.

“Ah, it’s probably just the hangover talking. I probably didn’t do anything idiotic and irreversible at all. I’ll just put the telly on while I wait for the paracetamol to kick in.”