Has Insulate Britain brought out your inner fascist?

MEMBERS of the public are suggesting extreme measures against Insulate Britain. Here’s what Britain’s closet fascists would like to do…

Restrain them with cable ties

Highly illegal, not to mention the fact that cable ties were the preferred restraint of Abu Ghraib guards, and remain popular with abductors and gangland torturers. Definitely no unhealthy sadistic power trip undertones here.

Some drivers feel giving protesters a firm nudge with a Range Rover is okay; others think mowing them down like skittles is reasonable too. Letting the public decide the law on a whim is rarely a good idea, which would lead to the death penalty for most things and internment camps for teenagers.

Put them in the stocks

Tongue-in-cheek, or entirely serious? It’s hard to tell, but it makes a change from armchair Judge Dredds demanding ridiculous prison sentences, eg. 20 years for non-violent protesting, as if that would ever happen. Or repeating their beloved ancient cliche: ‘And throw away the key!’

Insulate Britain haters are creaming themselves over how China or North Korea would batter and probably torture the protestors, but why stop there? The Greeks could have cooked them alive in a metal bull and Vlad the Impaler could have put them on spikes. Imagining inhuman regimes is such a laugh.

Send in the army

The nutter’s solution to everything, but the police are already there and few generals want to get involved in manhandling middle-class greenies. Unless the idea is to shoot them, in which case you’re already in ‘homicidal South American dictator’ territory.

Laughing teenagers, and other sounds that haunt your nightmares 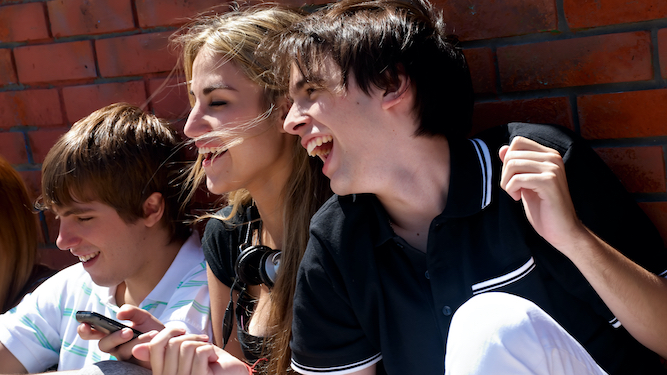 DO you wake up in a cold sweat, imagining you heard one of the many awful sounds of waking life? These will ruin your beauty sleep:

While being contacted by work in any capacity is horrifying, this cheerful email tone always reminds you of the 4.59-on-a-Friday request asking you to come in early on Monday morning to have a serious chat about some poorly-formatted spreadsheets. It ruins evenings, weekends and your sanity.

That sickening three note xylophone melody must have been composed by a sadist as it sounds so optimistic and yet is always a harbinger of doom. You’re still traumatised by the time you spent four hours shivering on a train platform is Stevenage because of a light dusting of snow on the line.

The sound of a group of sniggering teens is one of the most mentally distressing things a person can hear. It takes you right back to the misery and horror of your secondary school days and usually presages the realisation that your skirt is tucked into your tights, or you look over 30.

The deafening noise of the bin men arriving at 6 in the morning is the perfect reminder that, no, you haven’t put the bins out and, yes, this is the second week in the row that you’ve forgotten and your partner is going to go f**king berserk. It’s especially awful if you live near a bottle bank and you’ve got a hangover.

Waking to a series of loud bangs is a frightening experience, but luckily it was just a dream and you can settle back down to sleep. Oh, actually, no, you can’t because it’s the end of October, those bangs were local kids letting off fireworks at 2.30 am and they’re going to be doing it for another three weeks.