HORSES are strange, it has been claimed.

They have long been considered noble, elegant beasts but experts have had another look and realised horses are like sea serpents propped up on broom handles.

Vet Tom Booker said: “They can run at the speed of a moped and have ridiculous muscle definition.

“Yet they are happy to let Irish midgets jump on their back so they can start knocking shite out of them with a little stick.

“Clearly horses are playing some kind of long game – but what is it?”

Brubaker highlighted other aspects of horse weirdness including how they have massive toenails instead of feet and can make ten-year-old girls obsessed with them just by eating sugar.

Channel 4 will now broadcast racing after the 9pm watershed and offer counselling to anybody distressed by the sight of a nightmare with a non-sequitur name hurtling over a hedge.

All That She Wants was last proper Number One 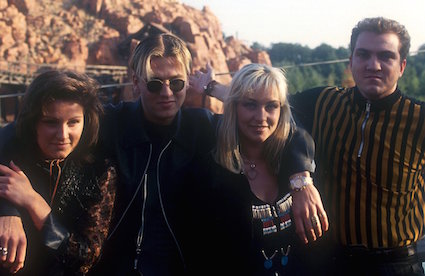 MORE than two decades have passed since people knew what was at the top of the charts, experts have discovered.

The last commonly-recognised ‘Number One’ was Ace Of Base’s All That She Wants in June 1993.

Professor Henry Brubaker of the Institute for Studies said: “Time was when not knowing what was number one was like not knowing it was raining.

“Nowadays it could be any maniac with a large, supportive family and an iTunes account. Last year 43-year-old Roy Hobbs topped the charts with a bossa nova track about igneous rock.

Plasterer Stephen Malley was number one for 105 consecutive weeks between 2007 and 2009 with a song about dogs, called Dogs.

However, this could not guarantee Malley a table at his local Pizza Express during busy periods.

Professor Brubaker said: “Mr Malley shouldn’t take it personally. It’s not his fault we’re living in the most culturally barren century since the Dark Ages.”