A REBELLIOUS slug has been found gliding confidently across a kitchen floor long after it should have gone back to wherever slugs live.

The lone gastropod contravened the centuries-old slug-human pact, which states that all slugs must completely disappear from sight by daybreak or pay the ultimate price of having salt put on them.

Homeowner Emma Bradford said: “I went down to make a cup of tea and it was just nonchalantly sliding past the cat’s bowl with the confident self-assurance of a slug version of Beyonce.

“He or she really needs to go back to where he or she came from. I don’t mean leaving Britain or anything, just into the garden would be fine.

Bradford added: “I have no idea what those slugs get up to in the kitchen at night but it looked to me like a classic walk of shame.”

Slug Roy Hobbs said: “It was a wild night. Let’s just say that shimmery trail may not have been slime.” 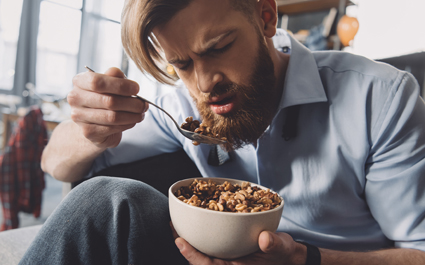 A MAN who refuses to drink non-craft beer is having cereal for his tea again tonight, it has been revealed.

Martin Thompson, 37, is proud to possess an “exquisitely developed” palate for artisanal brews, and will happily pontificate on aromas, body and mouthfeel for hours.

He said: “I can’t be within 20 feet of someone drinking Carling or Fosters – it’s an assault on my belief system as well as their tastebuds.

“But I also can’t stand people who are into poncey food – I like proper meals, none of that pretentious muck.”

Thompson explained that his diet is exclusively made up of Cheerios, frozen things from Iceland and meat-based meals that come in a can. He mixes it up with chips and saveloy from the chippy every Friday, but will only ingest vegetables at Christmas, to stop his mum telling him off.

Meanwhile, he spends several hours a each week logging his latest tastings into his treasured “beer bible” and maintains that people who talk about visiting restaurants are wankers.

Thompson’s lifestyle has led him to spend a considerable amount of time in his local microbrewery, where there is a revolving selection of craft beers and a food menu that seems to have been written by an obese eight-year-old.