Following floods across Britain, leading insurers have acted swiftly to advise stricken customers not to contact them and certainly not to expect any money.

A company spokesman said: “In case you haven’t noticed, we’ve had a bloody hard year. Since March we’ve barely stopped fighting all these claims for pandemic liability. And now this?

“Let me tell you, we are not in the mood for a load of soggy homeowners lying about how much their carpets cost. So don’t even start.

“You know which way the money changes hands in this relationship. From you to us, every month. Why would that suddenly reverse? Does gravity reverse? Does time?

“Your ‘claims’ will be treated with the contempt they deserve. Your premiums will be increasing. Every flooded home should have had 500 sandbags ready. You’ve just been careless.”

Flood victim Nathan Muir of Didsbury said: “I asked the government for help, but apparently they’re flat broke because they’ve been propping up the insurance sector.”

Warhammer, Doctor Who and Judge Dredd obsessive sees himself as a 'triple threat' 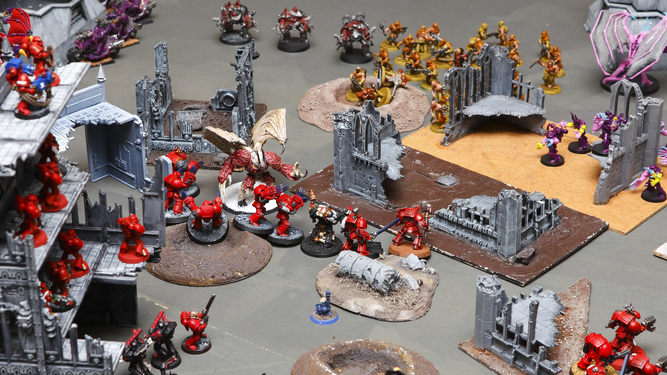 Although the expression normally refers to footballers or actors highly skilled in several areas of their profession, Tom Booker feels it also applies to his encyclopaedic knowledge of sci-fi.

Booker said: “A triple threat isn’t just a top footballer who can score, run and head the ball. It’s also someone who listens to Eighth Doctor audio dramas, paints tiny space marines and is familiar with every adventure of Mega-City One’s lawman.

“Being this well-versed earns you respect. The other week I broke up a fight on the DakkaDakka forum by mentioning how Fugitive of the Judoon breaks established Doctor Who continuity. Clearly intimidated, both sides backed down.

“And between you and me, the ladies go nuts for a Whovian who can recite The Cursed Earth saga from memory.”

Booker’s girlfriend, model Nikki Hollis, said: “It’s true. I didn’t look at Tom twice when I saw him reading the Judge Dredd Megazine, but when I clocked the Paradigm Dalek T-shirt and a box of Tyranid figures in his bag, I was putty in his hands.”