Joy of spring curtailed by remembering it pisses it down throughout

BRITAIN’S brief joy at the arrival of spring has ceased after remembering that it will rain solidly for two months of it.

The arrival of lighter mornings and nights initially cheered the country, before the following days of torrential rain reminded everyone that spring is always like this.

Mary Fisher of Congleton said: “Oh yeah. That’s right. This is when it really gets cold.

“It’s nice that there are buds on the trees, obviously, and probably baby rabbits as well, but I haven’t really seen any of that because it’s too foul to leave the house.

“I wonder why I still think of spring as lovely flowing dresses and flowers blooming and fresh blue skies, when it’s uniformly freezing wind and heavy rain? Must have good marketing.

“Anyway, only a few months to go before summer. Ah, the long hot nights, the carefree days, baking in the July sunshine. 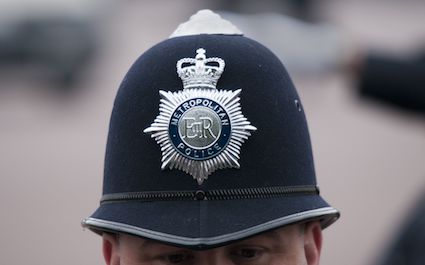 ONE policeman could adequately cover the whole UK if they put their back into it, the home secretary has said.

Responding to police complaints of shrinking resources, Priti Patel said that if police cut bureaucracy and waste then one good officer would be enough.

She continued: “One day he’s in Hartlepool, collaring a burglar. The next in Devizes handcuffing a mugger, and the day after breaking up a smuggling operation in Aberdeen.

“Yes, there might only be one of him, but where will he turn up next, this stalwart servant of the law whose judgement never errs?

“Together with a single nurse, so caring that the whole nation is her ward, a lone doctor who can diagnose a patient 500 miles away in one glance and a teacher who, solo, can inspire a whole generation, they will be all Britain needs.

“Of course, the four of them will have to put up with a pay freeze. The public finances are stretched.”