EXPERTS have dismissed recent sightings of the Loch Ness Monster as nothing more than floating wood wearing a tartan bonnet.

The legend of the monster draws hundreds of thousands of tourists every year hoping that an angry dinosaur will emerge from the loch and go on a bloody rampage.

But Henry Brubaker, of the Institute for Studies, said: “Branches are washed down the river from a wood near the loch, and that same river happens to go past a tam o’ shanter warehouse which uses it to get rid of industrial waste.

“Once tangled together in the loch, the branch and hat must have snagged on a discarded set of bagpipes which, when the wind blew through them, made a sound not unlike Flower of Scotland and a Glaswegian voice hurling abuse.

Arsenal-United game to be five-a-side 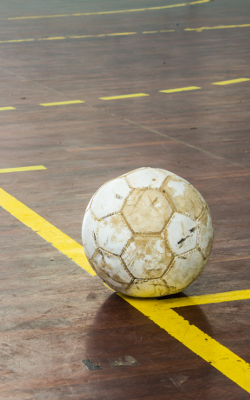 INJURY-HIT Arsenal and Manchester United have agreed to field only five players each for tomorrows game.

No swearing or the manager tells you off

The match, which has been moved from the Emirates Stadium to the nearby York Hall Leisure Centre, will be played indoors on a wooden surface with both teams wearing plimsolls.

United currently have 12 first-team players injured while Arsenal have lost key players Ozil and Koscielny with a further six presenting notes from their mothers saying they are too ill to play.

Arsene Wenger said: These excuses are undoubtedly authentic, as all our players are extremely enthusiastic about playing for the club this season.

If forced to field eleven players we would have had to select under-12 players, members of the catering staff and Yaya Sanogo.

The game will have a strict no tackling policy and will finish after 55 minutes so everyone can have one of the Lucozades and packets of McCoys Ryan Giggs brings along.

An FA spokesman said: Technically this is in breach of rules.

But weve okayed it because whichever way it goes, this match will have no impact on the outcome of the Premier League whatsoever.