LONDON renters are hoping for enough snowfall to fashion their own crude igloo-style dwellings.

31-year-old teacher Emma Bradford said: “I’ve been renting an expensive shithole after being priced out of the property market. Snow is my only chance of owning a home, even if it melts before I get a chance to put any pictures up.

“This morning I scraped together enough to build the bottom inch of a crude dome structure on the pavement, but then someone destroyed it with a baby buggy.”

However, the current flurry of snow which has fallen on London is already the property of millionaire foreign investors. Russian oligarchs and Asian venture capitalists bought the snow as it was still crystallising from atmospheric moisture.

Their representative, buy-to-let agent Tom Logan, said: “We are excited to unveil Arctic Heights, an exclusive development of 382 contemporary snow dwellings in the middle of East London.

“Our igloos offer boutique, easily commutable eskimo living in Zone 5. Starting at £1k per week, deluxe ‘Snowdude’ models even have a window made from an old car windscreen.”

The snow owners also plan to levy a £5 per day charge on Londoners who are walking on their flakes.

Greece ordered not to have hot summers and lovely blue sea 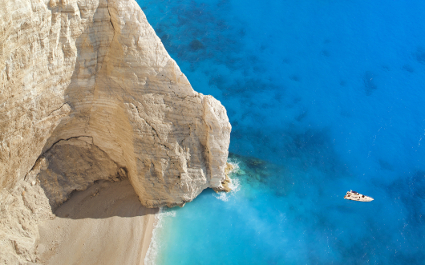 EU CHIEFS have ordered Greece to give up its sunny climate, sandy beaches and general pleasantness.

The country, which owes billions to the EU, the IMF and satusumaloans.co.uk, claims to be following austerity rules while obstinately remaining a nice place to be.

IMF director Julian Cook said: “Five years after agreeing cuts in all possible areas, Greeks are still able to lie around in the sun before paddling in the Aegean even while unemployed. In fact especially while unemployed.

“Britain and Germany lead the continent in productivity precisely because they’re miserable places where you might as well spend all day in an office because it’s fucking horrible outside.

“The Greeks have been granted a nine-month delay to loan repayments on condition that they concrete over their beaches, pump the sea full of sewage and blanket the country in grey cloud.

“The same goes for Spain and Italy, who need to make their countries much, much less delightful places to be in or face the repercussions.”

Greece has been warned not to go too far and become all snowy and Scandinavian because of the associated risk of liberal fairness and unashamed enjoyment of sex.

Greek prime minister Alexis Tsipras’s protests that actually Greek winters are rainy and cold have been dismissed by a European public that goes every August when it is always lovely.