MEN-O-WAR sting swimmers then feel them up with their tentacles, it has been claimed.

As legions of the jellyfish-like organisms head for British shores, scientists have warned that they are essentially perverts.

Professor Henry Brubaker of the Institute for Studies said: “The man-o-war carries a powerful sting that debilitates and panics its victim. Then while they’re thrashing around, it goes for tit.

“Because they’re in such pain, the victim doesn’t even notice they’re being fondled.”

Research by the Institute for Studies found that the creatures’ victims were predominantly attractive, buxom females, begging the question of why men-o-war developed those creepy-looking tentacles.

Professor Brubaker said: “These things are floating scuzzbags whose sole agenda is to cop a feel, the dirty siphonophore devils. They should be ashamed of themselves.”

However man-o-war Bill McKay said: “I’m predominantly a gas-filled bladder and a lot of women find that very attractive.

“Sometimes one thing leads to another, we’re all free creatures in the ocean after all. I’m not here to take advantage of anyone.

“I’m just a very sensual marine cnidarian. Not a jellyfish though, I’d like to stress that as it’s a common misconception.” 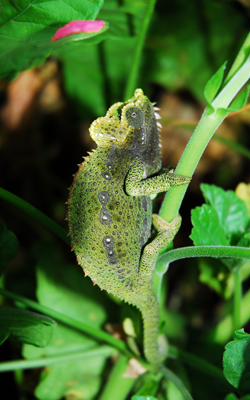 NICK Clegg has apologised for having a moral viewpoint on something.

The offending word was rapidly replaced with ‘labradors’, shifting the focus of the speech onto pets that may be puzzled by homosexuality.

Clegg said: I apologise for any offence I may have inadvertently caused by almost speaking my mind about people whose opinions are offensive, and who take offence at everything that has happened since about 1925.

I realise now I should have referred to them as persons of differing compassion and humanity and will do my best to curry favour with them in the future.

Lord Carey, the former Archbigot of Canterbury, attacked the statement Clegg didnt make, and suggested that if  the ‘deputy’ prime minister continued to have a view on gay marriage he would move house to Cleggs Sheffield Hallam constituency so he could not vote for him at the next election.

Carey said: I and many others of my faith greatly object to being called bigots, although admittedly not enough to assess our opinions on other peoples private lives to see if theyre actually complete balls or not.

Clegg has been ordered to send all future speeches to Number 10 to ensure they have all traces of opinion removed and has been restricted to ‘nodding only’ for the next fortnight.

The former politician said: I realise now that integrity can be very hurtful to people. The important thing is to change your opinion before they shout at you.”