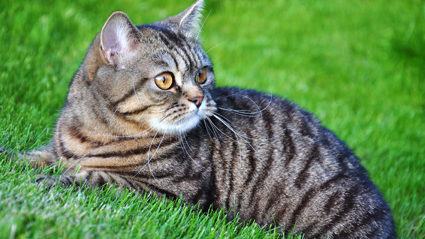 A HUGE cat has responded to attempts to evict it from a garden with cold indifference.

Householder Tom Booker said: “I was looking out of the window when I saw this thing like a furry boulder drop over the fence. This cat was the size of a young deer.

“I could see it was, in a leisurely manner, preparing to defecate so I ran out shouting.

“I considered how, although I am bigger than it, it probably has fights every day.

“I just went back into the house and tried to forget about it.” 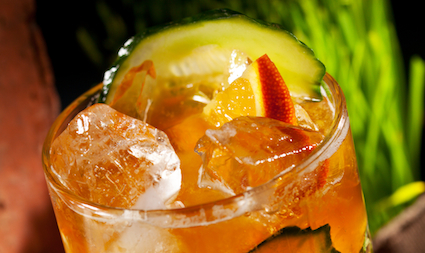 BRITISH tennis fans have run amok after the Davis Cup, downing jugs of winter Pimms and demanding plate after plate of olives.

The crowd returned from Belgium talking loudly about two men called Murray, a dead rubber and Britain being the best in the world at a sport, none of which made sense to bystanders.

Terrified employees at Waitrose in London St Pancras struggled to barricade the doors as they articulately demanded gin and upmarket snack foods.

Shop assistant Mary Fisher said: “They descended on the dip section like wild beasts, at first using kettle chips to scoop the humus, then just shovelling it in with their bare hands.

“We refused to serve a man in a salmon shirt because he’d clearly already had enough Manchego but he just lost it and necked a whole pack of antipasti right there in front of us.”

“They stripped the shelves of liqueurs and prosciutto before heading off to the deli down the road. I suppose tennis just makes some people do crazy shit.”

Tennis fan Martin Bishop said: “When you’re buzzing off a tennis tournament like that, the picnicking instinct just takes over. You have to picnic and God help whoever gets in your way.”