A MAN extremely irate about climate protesters blocking roads just shrugs when flash floods do it instead.

Nathan Muir lives in Yorkshire where floods are now a regular occurrence, but nonetheless focuses his outrage on dirty hippy protesters in London who do not have the first clue about how the world works.

He said: “A flood is an act of nature. A trust-fund crusty in a tie-dye poncho playing with a diablo in the middle of Tower Bridge is not.

“What do you mean, the floods are man-made? I saw three inches of rain in 20 minutes falling out of the sky myself. That’s an act of God.

“There’s nothing you can do about that and no point trying. Unlike these scruffy herberts who should be locked up and forced to learn about what matters, like the economy and being late for work.”

“He doesn’t give a shit about ambulances. He just thinks XR are annoying. Which they are.”

I knew rap beefs were part of the job when I became chief medical officer, says Professor Chris Whitty 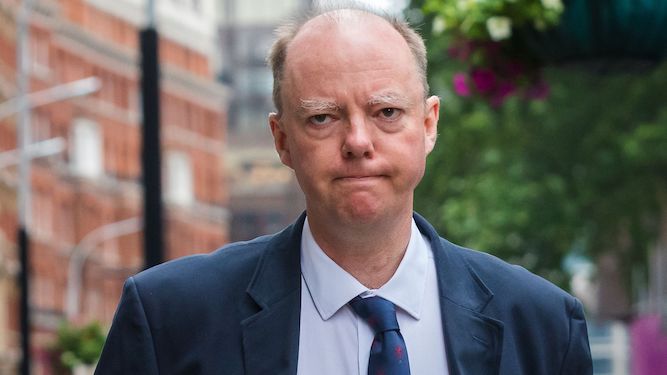 PROFESSOR Chris Whitty has admitted that he knew Twitter beefs with American rappers were part of the job when he became chief medical officer.

Whitty, who has beef with Nicki Minaj because of her misleading tweet about her cousin’s friend’s vaccine swollen testicle wedding cancellation, confirmed that this kind of thing is simply par for the course.

He said: “Being chief medical officer isn’t just telling people how many units they can drink a week. Only the naive believe that.

“No, it’s making weekly TV appearances, it’s becoming the national face of a pandemic for coming on two years now, it’s being hassled in the street for selfies with knobheads, and of course it’s engaging in transatlantic rap battles with hip-hop queens.

“Once you’ve announced a mass youth vaccination programme just to keep school attendance up nothing’s beyond your remit. I wouldn’t be surprised if I’m putting barbiturates in the water supply to keep you all docile by Christmas.

“So yes, I have beef with Nicki. And I will of course be acting on that in the traditional fashion by recording a diss track with Ghetts, Stefflon Don and Aitch, under my rap name Prof Crizz Whizzy.

“This is all perfectly normal and what I signed up for. I expect I’ll be Christmas number one.”