SNAILS have asked gardeners to kindly not lob them over the fence.

Snail Tom Logan said: “See this shell on my back? Does it look unbreakable? No? Well, that’s because it fucking isn’t.”

The gastropods offered alternative removal techniques including a little snail bus pulled by a fox, a travelator to next door’s organic vegetable patch or just popping them in the post.

Logan continued: “Or how about putting our need to eat before your need to have some pretty flowers to look at?

“No? Okay, at least give us a beer trap. Let us peaceably drink ourselves to death.”

Weekend will not be sticky and bothersome, says Britain 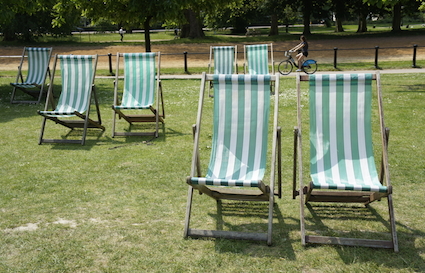 BRITAIN is absolutely positive the weekend heatwave will be free of discomfort, arguments and the doing of too many things.

With temperatures set to reach the mid-twenties, millions of exciting plans are being made to go to a beach, then a nice pub, then a park, then a river, then another nice pub and then a barbecue.

Some people are also planning to watch a film, outdoors.

Joe Turner, from London, said: “I could just sit in the garden all day. My neighbours are really quiet and pleasant and my street is completely free of wasps.

“But instead I’ve made some very straightforward, detailed plans involving a large number of people. There will be no anger or confusion or tiredness and at around eight o’clock on Saturday night, I will discover that true happiness really is possible.

“And because it will probably be high-teens instead of mid-twenties, I’ll take a fleece, knowing I won’t end up with it draped across my shoulders like one of the worst people in the world.”