POPE Benedict has called for a renewed global effort to cap the level of gay emissions.

The Pope said gayness was at least as dangerous to humanity as global warming, if not more so given all that hot boy-on-boy action.

In his end of year address to Vatican prelates, he said: "They go to nightclubs and dance and take their tight t-shirts off and get all sweaty and before you know it it's off to the bogs for 20 minutes of furtive cock-fun.

"There they are, in the bogs, going off in each others hands, emitting all kinds of juices and fluids."

He added: "Once these fluids are out, you can't put them back. And eventually there will be so much of this goo sloshing all over the place that the polar bears will slip on it and die.

"It will spill over into the oceans and all the penguins and cormorants and seagulls will be covered in it and they will have to be scrubbed clean by volunteers. But not by me, no way, I'm not touching some penguin that's all covered in gayboy juice."

The Pope has demanded an international cap on gay emissions alongside a system of gay trading where bigger countries buy gay emissions from the smaller, more efficient gay producing nations.

He also called for investment in 'fluid-capture' technology where millions of tonnes of gay juice would be stored in vast underground chambers before being tested, cleaned and used to make new Catholics.

Britain gets the stupid Christmas advice it deserves 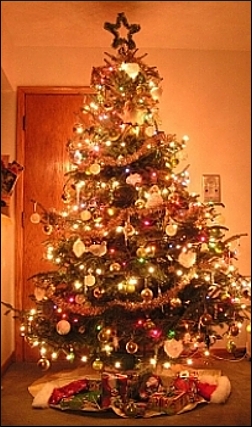 GOVERNMENT guidelines on Christmas health and safety are every bit as obvious as they need to be, it has been confirmed.

As the emergency services braced themselves for three days of utter chaos, experts said the government had done everything it possibly could short of strapping everyone to a chair and feeding them pulped turkey through a tube.

Professor Henry Brubaker, of the Institute for Studies, said: “You will notice page five of your newspaper carries an angry article entitled ‘why does the government have to treat us like Christmas morons?’.

“But if you then turn over to page six you will see a story about a man from Dorset who called the fire brigade after shoving at least 18 inches of Norwegian Spruce up his rear hole.

“Page seven is devoted to the Yorkshire family who celebrate Boxing Day by piling all the empty boxes in the middle of the living room before setting fire to them.

“And we then turn over to a double-page spread featuring an interview with the man who lived through the Great Hemel Hempstead Vomit of 1983.”

A department of health spokesman said: “Instead of a real Christmas tree this year why not go for a small, laminated photograph of a Christmas tree? Leave it floating in a bucket of water in case you’re tempted to set fire to it.

“And if you’re worried about food poisoning from an undercooked turkey, just eat a load of crisps instead. But not the sharp ones. Go for a soft, round crisp like a Wotsit or a Quaver.

“And don’t forget to keep a bucket of water nearby in case you’re tempted to set fire to them.”