Prisoners To Be Sodomised In Bid To Cut CO2

MALE prisoners are to return to the predatory sexual hell of communal showers, in a bid to help the government reduce CO2.

Home secretary Jacqui Smith said: "By allowing prisoners to wash themselves in privacy we risk handing the next generation a burnt-out shell of a planet.

"For the sake of our children it is time to reinstate the ancient British tradition of shower-time sodomy."

She added: "We're also looking at a system of carbon offsetting whereby a prisoner can have a private shower at the weekend as long as he agrees to be buggered on Mondays, Wednesdays and Fridays."

There was a mixed reaction within the prison system with some inmates suggesting that showering alone was usually more convenient than being set upon by a gang of sex starved maniacs.

Wayne Hayes, a fine defaulter from Reading, said: "To be honest, I think I'll probably just get some extra deodorant and wash my hair in the sink."

But Roy Hobbs, the recently appointed Mr Big at Belmarsh, stressed: "When I say drop the soap, you drop the soap. Do you understand me boy?"

'I Did Not Have Sexual Relations With That Turban' Claims Obama 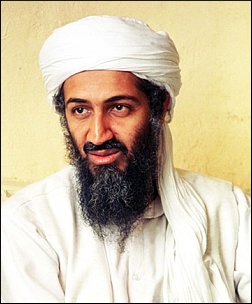 DEMOCRATIC frontrunner Barak Obama has been forced to deny claims he had sex with a turban during a visit to Africa.

Senator Obama was photographed snuggling the traditional Islamic headgear while in Somalia in 2006. In one picture he is even wearing it on his head.

Obama's opponents say the disturbing images prove he is little more than a depraved savage who is planning to annihilate the people of Texas.

The Senator, trembling with anger, said last night: "I want to say one thing to the American people. I did not have sexual relations with that turban.

"The turban helped me with some important research tasks. We became close and at one point I stuffed a cigar up it, but that was it."

Meanwhile the four year-old Somali turban is believed to have been offered a $1 million deal to give its side of the story.

The Senator's wife Michelle said: "I am standing by my husband, not because I love him, not because I believe in him, but because he may be useful when I run for president in 2016."