Puppy going to f**k you up

A NEW puppy is absolutely not play-fighting, it has been revealed.

Retriever pup Wayne Hayes has been charming family members with a series of feeble bites that they refer to as ‘nips’, but the two-month-old is actually not fucking about.

Hayes said: “I am a wild beast and I will end these sons of human bitches.

“I can hardly stand to look at their idiotic laughing faces, cooing at me and saying my name in that patronising tone.”

Hayes is currently unaware of plans to neuter him, which will only serve to intensify his rage-filled and vengeful nature.

Man's mates confused by claim he has married his 'best friend' 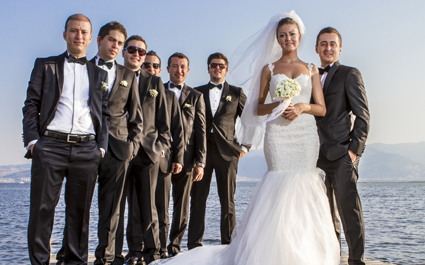 A MAN’S actual mates have been left confused after he said his new wife is his best friend.

Tom Booker’s claim, made during a speech at his wedding to Emma Bradford, caused concern among his friends who are pretty sure his best mate is in fact one of them.

Friend Julian Cook said: “I’ve known Tom since he was six. She wasn’t even on the stag do.

“If she’s his ‘best friend’ why has she never poured vodka into his pint, or put his toothbrush up her arse then put it back by the sink?

“Seems to me the term ‘best friend’ gets banded about pretty loosely these days. All you have to do is marry someone and you get instantly promoted.

“If Tom did want to marry his best mate I am single, perhaps because I do things like sticking toothbrushes up my arse.”

“My best friend is Kelly.”