Seagull stands on top of bin and proclaims himself king

A SEAGULL has landed at the summit of a litter bin and proclaimed himself the ruler of all he surveys.

Gull Tom Logan says the bin, filled with discarded cans, crisp packets and sandwich crusts, is his throne and that he is now its undisputed emperor-for-life.

He squawked: “I hold dominion over the bin. All of its contents are mine, and anyone who dares approach my kingdom risks my mighty wrath.

“All hail me. All hail the seagull king!”

A passer-by disposing of a coffee cup then dethroned Logan by approaching the bin, following which he settled on a lamppost.

Logan continued: “I am exiled now. But keep faith in me and I promise your king shall return!” 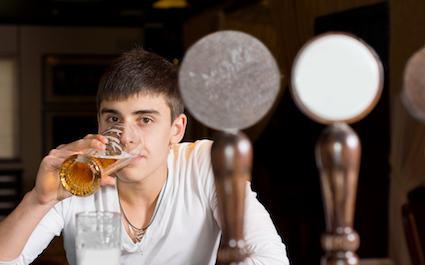 AN UNDERAGE boy has been served a pint of beer by his local pub after age recognition software confirmed that he was 44 years old.

Wayne Hayes, previously believed to be 15, boldly ordered a pint of Carlsberg and when asked to produce ID instead loaded up Microsoft’s facial recognition software How-old.net.

Landlord Bill McKay said: “To be fair to the lad, after we ran extensive face matching tests, it verified that he was indeed middle-aged.

“I must admit I was thrown by his school blazer and his voice not being broken yet, but I bowed to the computer’s superior knowledge, apologised and pulled the pint he took small, pained sips from for the next hour.”

However, the mood turned sour when children claiming to be friends of Hayes were denied service after the software recognised them as only 15.

McKay continued: “They continued to claim they were Mr Hayes’s schoolfriends even as I kicked them out.

“How could people of the same age ever appear physically to be of different ages? That’s ridiculous.”