OCTOPUSES have confirmed that they are not psychic and would prefer to be left alone.

The cephalopods reported being bothered by people demanding football prophecies, some of whom persisted even after being squirted with a defensive ink jet.

Aquarium-based octopus Tom Booker said: “To all those people who keep banging on my tank, I have no clue who is going to win your bipedal ball-based activity.

“I don’t really get your concept of ‘nations’. I see the world as ‘water’ and ‘land’.

“I’m mainly interested in things that happen in water.

“Because I am a fucking octopus.”

Wild octopus Emma Bradford said: “As soon as I come within two feet of the surface some jackass is poking me with a stick and demanding to know next week’s so-called goals.

“What do I look like? Octadamus? If I had a stick-on beard and a shiny pebble that I gazed into would that please you?”

Original World Cup ‘oracle’ octopus Paul spent most of his life in a German aquarium, but after rising to prominence he left to go on the road with an ex-stripper, organising seances in the homes of rich old ladies and eventually getting stabbed in a bar brawl.

England have mountain to climb in poor piece of scheduling 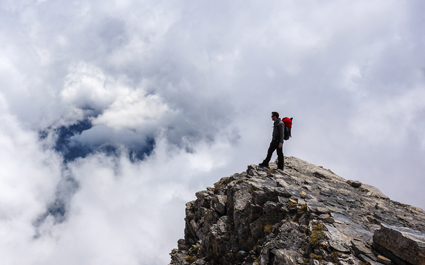 Critics claim the treacherous ascent of Pico da Neblina should wait until the team’s World Cup obligations have been concluded.

Manager Roy Hodgson said: “I agree that the timing is not ideal but the lads fancied it so it was all booked in before we came. If we cancel now we lose our deposit for the guides and jeeps.“

Pico da Neblina is known for the high risk of a parasitic disease called onchocerciasis, or river blindness, which Hodgson admits is a concern.

“Generally you look to avoid river blindness during a tournament. The last thing you want is your midfielders firing aimless crosses in the last 10 minutes of games or strikers missing from six yards out.

“Actually we should get a doctor to have a look at Wayne Rooney.”