Lard back in fashion as a lubricant

PIG fat is back in vogue as a sexual lubricant.

Experts said the trend for triple-cooked chips and other lard-based meals in fashionable restaurants meant it was only a matter of time before people started smearing lard on their genitals again.

Trend analyst Stephen Malley said: “Lard is vintage, it’s earthy and unlike petroleum-based lubes you can get a year’s worth for a couple of quid.”

Mary Fisher, from Peterborough, added: “I keep a block of lard by the bed for oiling purposes, but if we’re hungry after intercourse it’s also a great high-energy snack.

“It’s what the word ‘fistful’ was invented for.”

Lib Dem manifesto to be handwritten and left next to body 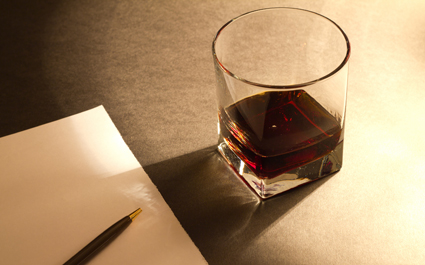 The Liberal Democrat party is writing a manifesto to be found on a coffee table beside its dangling corpse.

The manifesto will be handwritten, the ink frequently stained by tears, and explain that the party is sorry but it just couldn’t carry on anymore.

Key issues will include public rejection of electoral reform, self-loathing over university fees and the abusive relationship they’ve been locked in since 2010.

Nick Clegg, who has increasingly been answering all questions on his LBC show with “What’s the point?” said: “This is our chance to make everyone feel guilty about their treatment of the most sensitive party in British politics.

“We’re pledging to make everyone sorry they were mean to us, pledging they’ll miss us when we’re gone, pledging that the wake will be the saddest ever, that kind of thing.”

The first four pages of the 88-page manifesto will be skim-read by a cleaner before being thrown into an industrial waste bin along with the party’s remains.

It is still expected to be more worthwhile than the 2015 Labour manifesto, which will contain 18 pages of Ed Miliband’s goth poetry.