Sun 'Nothing To Do With Earth's Climate' Say Boffins

THE Sun has “no influence whatsoever” on how hot the earth is, according to a new scientific study by Glasgow’s Clyde University.

The Earth gets hotter during daylight hours due to a combination of the heat given off by trendy coffee shop cappuccino machines and people “just moving around a lot”, the scientists said.

And it gets cold when the Sun goes in because everyone turns their central heating off at the same time and “it just does”, added research team leader Professor Tom Booker.

Meanwhile winds are caused by trees waving their arms around a lot, he said, while rain is really just God crying.

Prof Booker, head of climatology at the University, said the research was conclusive proof that global warming was man-made, and largely caused by Starbucks.

He said: “Before Starbucks average temperatures on all of the Earth were ten degrees below freezing and everyone had to wear long johns all year around.

“After Starbucks the Earth became so hot you could not touch it anymore, and many people had to stop wearing any underwear at all.” 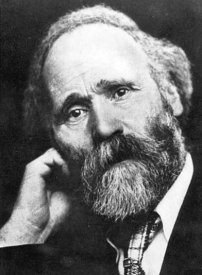 The Prime Minister has abandoned the Blair government's plans for Las Vegas-style casinos and condemned gambling as "the enemy of self-improvement".

Instead he believes that run-down areas will reap massive economic benefits from round-the-clock museums, many of which will have their own libraries.

Mr Brown told MPs: "I want to see weeks and weeks of exhibitions dedicated to the early lives of the great Chartists.

"I want the wastelands of Manchester and Birmingham to be redeveloped as interactive learning centres, celebrating the repeal of the Corn Laws.

"And what could be more fun after a hard day at work than a guided tour of Keir Hardie's favourite lamp-posts?"

Mr Brown said he may eventually agree to a small amusement arcade, but only if it is run by the Co-op and includes a fruit machine based on the Great Reform Act of 1832.