THE Nissan factory in Sunderland is to produce a new electric car that will be unable to get as far as Doncaster.

The Leaf, backed by £21m of taxpayers' money, has been specially designed so that if it is driven out of the factory after rush hour on a Thursday morning it will grind to a state-of-the-art halt on the A1 approximately 100 miles later.

A company spokesman said: "It should get you at least as far as Knottingley, if you keep it at 28 all the way and ignore red lights and stuff.

"The absolute furthest it would get you is probably about two miles north of Burghwallis, which – as I'm sure everyone would agree – is almost Doncaster. When you phone for a cab tell them to pick you up from the pub."

The spokesman admitted it would be difficult to recharge the car in the middle of the South Yorkshire countryside due to Britain's 'scandalous shortage' of incredibly long extension leads.

He added: "You may as well just abandon it by the side of the road. But they only cost about twenty thousand quid so you'll probably have at least five of them."

The company stressed the car would be more attractive to people who lived in urban areas, close to their place of work who had always wanted to have a long cable running from their third floor kitchen window down into the street like some sort of Action Man death slide.

The spokesman said: "We are building up the infrastructure so that in five years time you'll be able to go to Tesco for your weekly shop and then nip into the recharging station for about 16 hours."

Meanwhile, the company has developed a range of marketing slogans including 'The Leaf – Quite Good For Sitting In' and 'The Leaf – Because You Hate People So Much You Can't Even Spend 15 Minutes on a Bus'."

A Child's Guide To Modern Britain 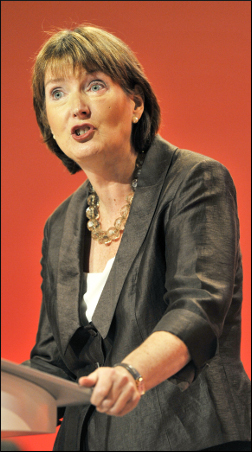 RUB a dub dub, three men in a tub – Which is a perfectly normal domestic arrangement and exactly the same as a mummy and daddy who are married. Now here's a cartoon that will educate your five year-old about how three men can have sex with each other at the same time. In a bath.

Old Mother Hubbard
Went to the cupboard
To get her poor doggie a bone,
When she got there the cupboard was bare because she had spent 13 years creating public sector non-jobs for people with worthless degrees. So the poor little doggie shat in her bed.


There was a crooked man and he walked a crooked mile,
He found a crooked sixpence upon a crooked stile.
He bought a crooked cat, which caught a crooked mouse
And they all lived together in a little crooked house that he bought with a secret loan from a millionaire chum that he didn't declare to his mortgage lender because he's a sleazy prick who thinks he's better than you.

As I was going to St. Ives
I met a man with seven wives,
They were all sitting on the platform at Bristol Temple Meads and had been there for about three hours because the rail system in this country is a pile of fucking shit.

Humpty Dumpty sat on a wall,
Humpty Dumpty had a great fall.
All the King's horses, And all the King's men
Did not have enough helicopters to put Humpty together again and anyway it's a waste of time because it is a vicious tribal dispute that will continue long after we have been forced to withdraw.

Half a pound of tuppenny rice,
Half a pound of treacle.
By the way, the chief medical officer says that amount of treacle is really bad for you and that excessive treacle eating is costing this country £14bn a day in lost productivity and exploding children.

Baa baa black sheep, have you any wool?
Yes sir, yes sir, but it will cost you £1.20 a bag because of the government's latest hike in wool duty and the fact that sterling is now worth less than the Albanian Lek.

Doctor Foster
Went to Gloucester
In a shower of rain.
He would have stepped in a puddle
Right up to his middle
But luckily he was a GP so was driving one of his Range Rovers to the golf course while his receptionist referred all his patients to the local chemist.

One, two buckle my shoe
Three, four, knock at the door
Five, seven is it? I'm sorry, I went to a state school that felt that arithmetic was not as important as teaching me about lesbians and socialism.

Rock a bye baby on the tree top,
When the wind blows the cradle will rock,
When the bough breaks the cradle will fall,
But the police and fire brigade won't be able to do anything in case they breach the latest health and safety directive from the Department of Fucking Arseholes.