That flower was gagging for it, says bee

A BEE has described giving a good-looking purple flower the pollinating of its life.

He said: “As soon as I flew into the garden I spotted this nice long-stemmed purple flower, just begging me to land on it.

“And God knows I’m not the sort of bee to turn down a taste of sweet nectar.”

Logan continued: “No sooner had I touched down than we were pollinating.

“My proboscis was desperately Hoovering up the flower’s sticky nectar.

“Meanwhile the pollen from other plants that had stuck to my legs rubbed off onto the plant’s eager stigma, completing the cross-pollination process. Oh yeah.

“Not meaning to boast, but you could tell the flower was loving it. There was nectar everywhere.

“Afterwards I was too exhausted to fly off, I lay there on the flower and we swayed together in the breeze.

“A starling or cat could have come and picked me off then, I wouldn’t even have cared.

“There have been other flowers since but that one just stays in my mind.”

All the good shit in storage 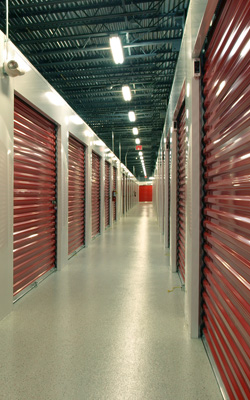 ALL of Britain’s best stuff is in storage, according to a new survey.

Items in storage include family photos, designer clothes, comprehensive collections of house records and everything else people have spent their lives working to accumulate.

The items, which usually account for the majority of the owners’ time and money during their 20s, have been moved into an indefinite limbo to make room for Ikea furniture and children.

Wayne Hayes said: “My quest to own every issue of Fantastic Four took me 11 years and spanned three continents. I still burn with the intense thrill of holding #52, the last one I needed and the first appearance of the Black Panther.

“Then I got a girlfriend. The comics went into storage, and my soul went with them.”

Carolyn Ryan agreed: “When I was spending £1,000 a month on limited edition Hello Kitty merchandise, everyone said it was a sign that I was desperately unhappy.

“Now I have twins, my Kitty stuff is in storage, I spend the same amount on perfumed bumwipes, and everyone thinks my life is valuable and fulfilling. But I can’t help thinking they’re wrong.”

Roy Hobbs, proprietor of BFG Storage in Swindon, said: “I store your hopes. I store your dreams. I take that part of yourself you can’t admit has died and keep it safely locked away so you don’t have to witness its decay.