CRACKING a window gets fresh air in, but this parade of six-legged bastards won’t be far behind. These are the usual hellish suspects:

They have better PR than Hollywood celebrities, from songs to well-loved publishing houses to tiny toddler raincoats. But when you’ve got 12 of them on a windowsill and they open their casings and take flight, they’re just one more nasty little insect.

The answer to the question everyone was asking – what if we made a spider fly? Always so much longer and leggier than any living thing should be, dedicated to getting into your face, and if you try to catch them detach their horrible limbs with gay abandon.

This little shit isn’t finding its way out anytime soon and it absolutely wants you to know it. Will even do you the courtesy of letting you drop off to sleep, settled in the knowledge it must have gone, before gifting you a buzzing flypast not heard since World War Two.

Working the nightshift, moths love a darkened room with a 40-inch plasma screen they can all settle on for hours, ruining Netflix with their brown, dusty bodies. Remarkably resistant to any suggestion that they could f**k off.

Enjoy such a good reputation, what with honey and misattributed Einstein quotes, that you’re honour-bound to escort them from your home alive. And they know it, and they’re determined to be dicks about it, fuzzily bumping into every window in the whole house.

Conversely, everyone agrees that this stripey bastard deserves to die. Apart from the wasp himself, who is armed and ready to flip from stoned and sleepy to angry and frenzied the minute someone goes at it wielding a flip-flop. After this the windows are closed no matter how stuffy it is. 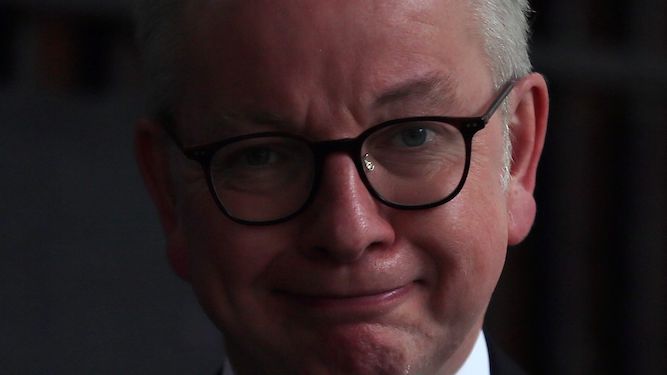 IT’S 3am, I’m off my face in an Aberdeen nightclub and I’m the chancellor of the Duchy of f**king Lancaster. Here’s the lowdown:

My best f**king mate. Yeah we’ve had our ups and downs and shit, who hasn’t? But that bastard might lie and cheat and you wouldn’t leave him alone with your wife, well I would because she’s a vinegary old bitch, but what was I saying? Boris. Top lad. Sound.

Go on, son. Go on. You’ve had a twat of a year, the wife’s got long Covid which she’s making out is your fault, and finally the hot aide comes through with the goods. Right there in the office. Legend. Did a shit job on the pandemic mind.

F**king car crash mate. Absolute shitstorm. You wait till f**king Christmas. Well we never thought it’d win did we? Eight weeks off work, lads on tour on a bus round the country to shaft Cameron and those thick bastards only go and vote for it. But you roll with the punches, you know?

Not saying anything. You won’t get me, I see your phone. Let’s just say the Tories are men of the people on this one, you know what I’m saying? Representing our constituents all the way. Jesus the shit Gideon used to get. So pure you got a nosebleed looking at it.

All for it son. To the hilt. And Northern Ireland. Don’t tell the Queen, that’s all, but sooner the better. Love it up here, love it, but economically you’re 300,000 square miles of hills and dead weight. No offence but it’s facts.

Hilarious. The trouble that dude’s dick gets him into. She’s sixty grand into an overdraft in his name at Coutts before he even finds out. He’s desperate to lose the next election so he can get her dumped and get that Telegraph cheddar, but that useless prick Starmer cannot hit an open bloody goal.

Getting some cans in and going back somewhere

Well up for it mate. Well up. It’s on me, I’ve got the office credit card, you provide the gaff and I’ll get the booze. Get the DJ back as well because this set is banging. And we need some kebabs.