LOVE saving money to the extent that you’ll forego being able to enjoy the thing you’ve bought? Try these purchases:

If you hate your anus, why not purchase some supermarket-branded toilet paper? Boasting all of the delicate comfort of 50 grit sandpaper, while also being prone to disintegrating during use, you’ll soon wish you were less tightfisted and had splashed out for quilted.

Have you ever wondered what it would be like to live as livestock? Then chow down on a bowl of supermarket granola. This tasteless mulch will make you feel like you’re being force-fed some particularly low-quality animal feed specifically designed to fatten you up as quickly as possible.

Own-brand bread is somehow overly salty, overly sweet and yet completely tasteless. The only use it could have is if you are starting up an independent business and are having trouble sourcing styrofoam to pack your goods in for shipping. Slices of this stuff would be a fine stand in.

Nothing says ‘I think we’re ready to try for a baby’ quite like coming back from Londis with a box of own-brand condoms nestled among your tins. The few quid you think you’ll save on not going down the branded route will end up costing you thousands in childcare down the line.

Ever wondered what pubs do with all of those unfinished pints at the end of a night? Well if the taste of supermarket beer is anything to go by, it seems all that stale lager and backwash is put into a big vat, given a mix and placed back into cans for sale.

Tired after a long day’s work and desperate to sit down with a relaxing cuppa? Then why not completely ruin the experience by brewing yourself a mug of rancid ditch water? If the ingredients on the side of own-brand tea bags were honest, they would list floor sweepings, mouse droppings and fag ash. 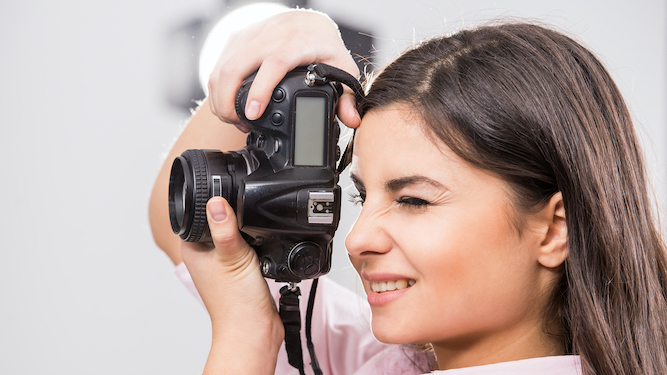 WANT a new profession? Here are five extremely specialised jobs that twats seem to think you can just have a bash at:

Photography was formerly the pursuit of a true artist, requiring years of study and darkroom training. Now, anyone with a iPhone and a laptop thinks they’re Rankin. Yes, you did take some nice moody snaps of the Norwegian fjords on holiday, but that’s largely down to the anti-shake setting and a Photoshop filter.

The sourdough trend and Bake-Off have drawn an entire generation of ham-fisted pricks towards baking and patisserie. Unfortunately they have the losing combination of enthusiasm, ambition and no skill whatsoever, resulting in flat, rock solid monstrosities. However, that doesn’t stop them buying a loaf from the bakery and popping it on Instagram claiming it as their own.

When at a clueless crossroads in your own life, why not pivot into a job where you can lecture people on their own fuck ups? Sure, some people train for years in psychology and psychotherapy, but that’s just a waste of time and money when you can pay some chancer two hundred quid for a series of Zoom lectures and a photocopied certificate.

The route from yoga fanatic to yoga instructor is wide open for any bellend with too much time on their hands and £25 to print some wanky leaflets. ‘Divine Enlightenment Yoga with Faye’ sounds great in principle, but your new students might be disappointed when they find you running it in a smelly back room at the local leisure centre rather than an off-grid forest yurt.

Apparently everyone has a book in them, but they’re largely derivative, badly-written shit rather than works of incredible literary merit. However, don’t let that stop you from wasting hours of your life sitting pensively at your MacBook waiting for inspiration to strike. If you do manage to churn out enough words to fill a book, self-publish on Amazon and force your poor friends to buy it.