What the f**k were your neighbours up to in yesterday's insane heat?

THE UK was apparently hotter than 99 per cent of the earth this week. Fact. So what abnormal behaviour did your weird neighbours get up to during the heatwave?

While you were hiding indoors with a fan blasting directly into your face, the teenagers from next door were lying in the midday sun like mad dogs. No hat, no cream, just blind determination to resemble Love Island simpletons. They’ve survived, but with an interesting two-tone purple and white look, like those old strawberry and cream sweets.

At 2am you were woken by the rattle of wheelie-bin on gravel and realised that Derek from next door was taking his bins out. Avoiding the heat had driven him nocturnal like your old pet hamster, and now you fear a car wash at dawn or mowing the lawn at 4am. Or perhaps he always did this, it’s just you’ve never had the windows open wide enough to hear it.

Was Ellie from Number 11 aware that everyone on this side of the street could see her watering her geraniums in the near-nude? That wasn’t a bikini, it was her saggy underwear, and you’re feeling slightly traumatised. Thank goodness you don’t know her well enough to look her in the eye or you wouldn’t ever be not able to again.

While you were busy refreshing your weather app and taking the opportunity to eat a whole multipack of mini Magnums, Simon from Number 7 was off for his lunch-time run as if everything was normal. And his wife was on the patio reading the paper with a hot cup of tea. Weirdest of all, when you had a brief chat this morning they didn’t so much as mention the weather. You suspect they may be robots.

Truth is, it was hard to know what most of the neighbours were up to because they kept their curtains closed all day long – not so much as a twitch or a peep. Nobody going into the house, nobody coming out. You reflect that the next heatwave will be the ideal time to bump off a family member or turn the spare room into a meth lab. 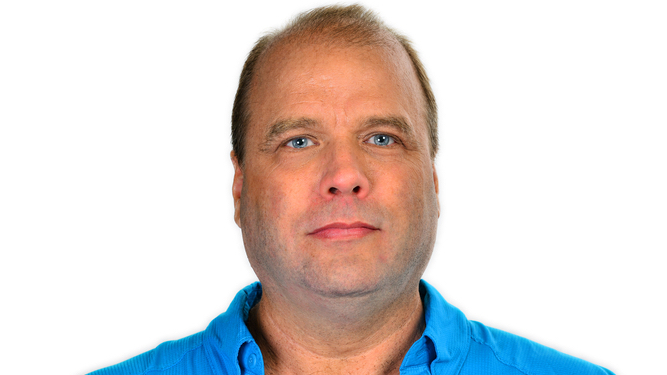 A MAN has confirmed that he wanted a Tory candidate who supported net zero and trans rights so he would feels like less of a scumbag when he voted for them.

Martin Bishop is disappointed that Tom Tugendhat is out of the race as his ever-so-slightly centre-right policies would have been a balm for his guilt over voting Conservative in an election.

Bishop said: “Everyone knows that as soon as you earn a certain amount you vote Tory because they help you keep hold of your money rather than paying for other people’s hip replacements.

“Or you might be a mean-spirited individual like me who really resents people on benefits getting free money, even if it works out at a pitiful 15 quid a week to feed two kids.

“But that doesn’t mean I don’t still have a conscience, or at least want to look like I have a conscience. And that’s why I liked Tugendhat’s slightly less hardline psychopathic approach to politics.

“Now we’re left with Truss and Sunak, who are tainted by Boris Johnson, and Mordaunt. She initially seemed alright but was so instantly prepared to roll back her previous support for trans people it’s clear her soul is as pitch black as the rest of them.

“At least Badenoch’s out though. Voting for someone who was endorsed by Britain First is too much for me. Well, that’s what I tell people anyway.”