THE majority of conversations in London focus solely on comparing the merits of various milk substitutes, it has emerged.

A study which gathered a random group of people who all live in the city found that they were having a tedious discussion about whether a hemp milk flat white was better than an oat milk flat white within minutes of meeting.

Professor Henry Brubaker of the Institute for Studies said: “The results further confirm what we’ve known for a long time, which is that people who live in London are pretentious twats who will get obsessed with any old shite if someone else tells them it’s cool.”

Study participant Lauren Hewitt from Clapham said: “When my friends and I aren’t swapping seitan recipes we spend hours debating which bean, seed or nut is best suited to being blasted with water to create a wildly inferior version of milk.

“We can’t drink actual milk obviously, because vegan ethical environment allergies. But with so many alternatives out there, how can you settle on one without worrying your mate likes a cooler one?

“And we do also take a lot of recreational drugs, which might explain how we manage to find these conversations anything other than incredibly boring.”

Nunchucks, and other things your kids aren't getting in a million years 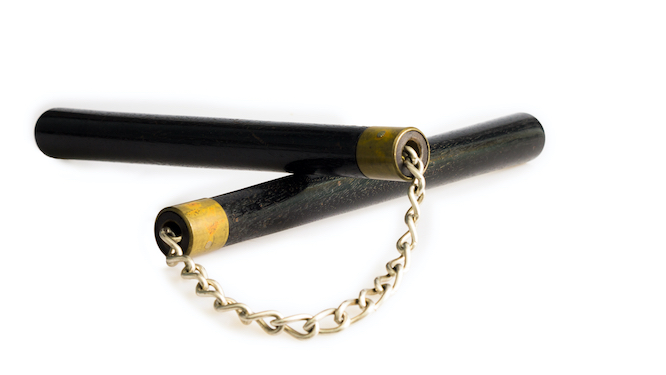 RAISING children can be a fun, rewarding experience, except when they’re pestering you to buy them wildly unsuitable stuff. Here are five requests that get a hard ‘no’.

You’ve tried a goldfish and the hamster has gone to the big wheel in the sky. One glimpse of a Sunday night nature show and suddenly they want a snake. No chance. Every other pet has bitten you and you don’t fancy taking your chances with this one, however small and apparently harmless it may be.

Kung Fu Panda has got a lot to answer for. Despite you explaining that it’s a lethal weapon, your kid has put this at the top of their birthday and Christmas list for the past five years. Counter offers of a crossbow or BB gun have no hope either.

Whilst an interest in music is to be encouraged, deciding they want an alto sax is not. Not only do they cost upwards of £500, but the only sounds your child will be able to coax from it are a series of squeals and honks that sound like a goose being slowly murdered.

Given that they cost almost half a grand plus the games, there is no chance your child will be getting one of these, even if they didn’t sell out in an instant. Get your SNES out of the attic and try to convince them that collecting coins in Super Mario World is just as cool as killing people in Call of Duty: Black Ops Cold War.

Whilst encouraging your kids to do practical, outdoorsy things is important, you don’t want to send them out into the garden with a sharp blade and several other spiky implements to play with. Hold this one back until they’re 16, when they’ll use it to cut up hash for their pathetic little drug deals.