Getting bird shit on you, and other bollocks lucky omens

WHILE everybody would like to think they have luck on their side, there are some absolutely ludicrous superstitions out there that need to be questioned. Here are a few of them.

According to popular legend, if you see a lone magpie, to ward off bad luck you have to salute it and say ‘Good morning, Mr Magpie’. You’d better hope there’s some truth to this, otherwise you run the very real risk of being sectioned when you’re spotted wandering around chatting to garden birds.

If you’re lucky enough not to contract hepatitis from picking up dirty loose change off the street, then congratulations on your miraculous find. Maybe you’ll now have enough luck to find a sum of money that is actually worth bending down to pick up.

Getting shat on by a bird

Some cultures believe that having a passing bird shit on you – which by anyone’s standards should be considered a day-ruining experience – confers good luck. Here’s hoping you have enough luck that a dog doesn’t also piss on your leg while you’re walking home to wash the seagull faeces from your hair.

Throwing salt over your shoulder

This supposedly helps ward off evil spirits and the Devil. Let’s hope it also wards off the bloke who was sitting behind you in the beer garden and is now gunning for a fight as you’ve ruined his pint of Stella.

Apparently on the first day of each month, the first words you say should be ‘Rabbit, rabbit, rabbit’. This is possibly the most insane superstition you’ll ever hear, but perhaps it will bring whoever says it enough luck that they manage to find a partner who doesn’t mind waking up with someone spouting gibberish on a regular basis.

Father-in-law has brought his drill 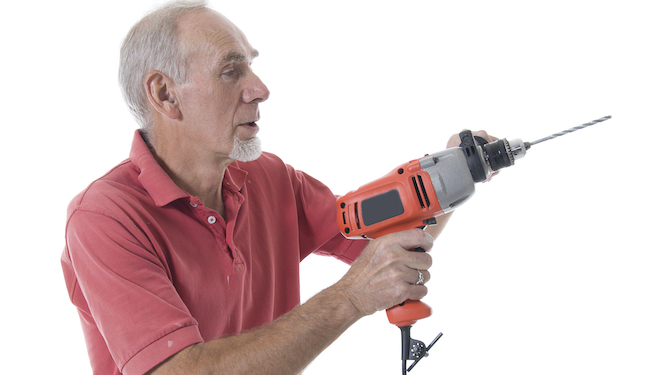 YOUR father-in-law has arrived at your house and for some reason has brought his drill.

Despite not being asked to bring the drill and Covid rules meaning he is not allowed in the house with or without the drill, he is standing at the door with it in his hand and appears to expect to begin drilling imminently.

Your mother-in-law explained: “He’s noticed your bedroom door brushes the carpet, so he’s going to spend the next six to eight hours removing all your doors and rehanging them. Only he might not have time to rehang all of them.

“You know your father-in-law, he likes to keep busy.”