Allotment grower gets cost down to £35 per tomato

A MAN growing his own vegetables has managed to reduce the cost-per-unit of his tomatoes to just £35.18 per tomato.

Through a combination of thrifty seed trading, a polytunnel, an irrigation system, fertiliser and hours of hard work, Norman Steele now pays less than the equivalent of ten pints of beer for each of the salad favourites.

Leaning on a spade, Steele said: “I feel sorry for them that get their veg from Tesco. They’ll never know the joy of growing your own, and knowing your full English breakfast cost you close to a hundred pounds.

“Cost per kilo that’s close to £210, which yes doesn’t compare to greengrocer prices but these tomatoes are grown with love. Though of course writing off a whole leek crop left me £600 in the hole.

“If everyone grew their own like me, and my neighbours on the allotment who I hate and believe secretly sabotaged my pumpkins, the cost to Britain would be immeasurable. Like in the war years.

“And the carrots are all misshapen. You don’t get that from Sainsbury’s.”

Steele plans to continue sinking cash into his uneconomic hobby until after a hard Brexit, where he will sell the tomatoes for Euros and become the richest man on his street. 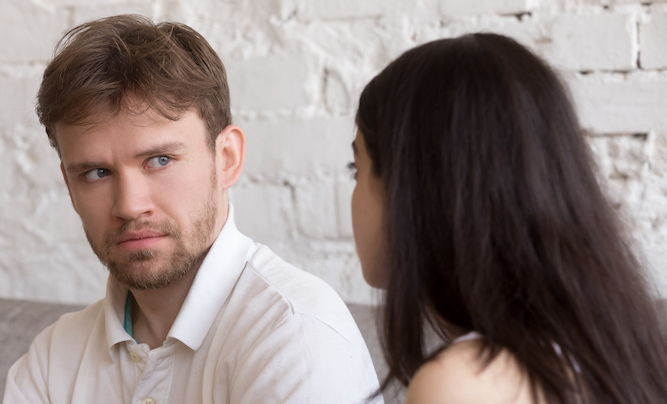 A BOYFRIEND who ‘cannot read minds’ can not comprehend verbal or written instructions either, his partner has confirmed.

Joanna Kramer is frequently informed by Tom Logan about his lack of telepathic abilities, which he blames for his failure to understand information that is being conveyed to him by conventional means.

Kramer said: “Apparently, because Tom can’t read minds, he had no way of knowing I hate Thai food. I’d argue he could have got it from me saying ‘I hate Thai food’ last month.

“Also, when I’ve openly asked for Peter Andre tickets for my birthday, it doesn’t take Professor fucking X to work out that’s what I want. Instead of leather trousers two sizes too small.

“Then there’s the time I emailed telling him that no, I did not want to go on Martin’s Party In Amsterdam tour because, and I quote directly from the email, ‘Martin’s a twat’. The reply? ‘Great, booked us both on’.

“I’m fully aware he can’t read minds. If he did, he’d know exactly who I’m thinking about when we have sex. Clue: not him.”

Logan said: “How was I supposed to know Joanna kept telling me all this stuff? I’m not a bloody mind-reader, am I?”